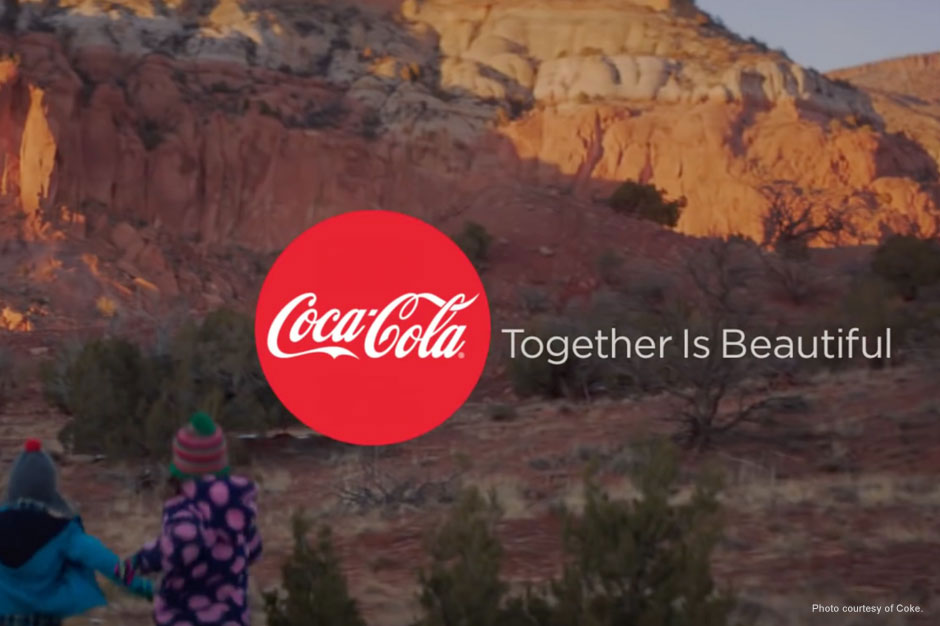 The Super Bowl is over. Maybe one of the best games ever. But also, one of the most memorable in terms of politics and culturalism. The theme of diversity and inclusiveness was not only the centerpiece of Lady Gaga’s spectacular halftime show, but also permeated many of this year’s ads. From Audi’s feminist equality to Melissa McCarthy as an eco-warrior for the Kia Niro, many brands stood up to say, “we are with you” and “we are for you.”

This year’s top positionist® pick technically didn’t run during the game. It ran pre-game, and it is Coca Cola’s “America the Beautiful.” It’s not surprising this commercial feels more relevant than it did when it first aired in 2014. The ad features people singing a bilingual version of “America the Beautiful.” A controversial strategy, but one that works. And, not because diversity and inclusiveness are in vogue. But, rather because the ideals of diversity and inclusiveness have been a staple of the Coca-Cola brand since its “I’d Like to Teach the World to Sing” commercial first aired in 1971. It’s a values play that validates what Coke lovers love about the brand.

On the score of cultural fit, we’re also fond of San Francisco-based Airbnb’s “We Accept” commercial. The ad works because the values espoused by Airbnb tightly align with the worldview of its very astute and loyal customers.

It’s ironic that Budweiser’s “Born the Hard Way” finds itself in the middle of a media fray for making a supposed political statement against the Trump travel ban. In normal times, this ad, a partly fictionalized story about founder Adolphus Busch’s immigration to America, would have been noncontroversial. Politics aside, we find the whole concept of the American dream story from a company that is no longer American-owned, hard to swallow — and we think most other people will too.

Audi surprised us with its minute-long spot,“Daughter,” in which it makes an appeal for equal pay for women. I’ve owned an Audi. And, as a daughter, mother and career person, I can certainly relate to the message that women deserve equal pay for equal work. But for the life of me, I don’t see the connection to Audi. The image of this German luxury brand hardly seems democratic. Just saying.

84 Lumber’s employee recruitment ad, “The Wall,” is the hands down most-talked-about spot of Super Bowl LI. Banned by Fox for being too controversial, the narrative follows an immigrant mother and daughter as they journey toward a better life. The TV spot ends by asking viewers to go to journey84.com, where their journey ends at a wall, which from a different angle, reveals a giant door. The payoff message appears on the second-to-last screen: “The will to succeed is always welcome here.” The spot works because 84 Lumber puts its values on the line to attract the employees it wants.

We liked the Mercedes AMG GT Roadster, “Born to be Wild,” spot, but wonder how the Easy Rider throwback will do with audiences. At $100,000, the car hardly seems affordable to the anti-establishment class. And we’re puzzled, who is the target demo? Are they old enough to understand the references to “Easy Rider,” “Born to Be Wild” and Peter Fonda?

If you’re a positioning purist, Wendy’s first Super Bowl ad, “Cold Storage,” deserves mention. The ad is more cut and dried than the other ads we’ve covered. The spot makes a clear and exaggerated distinction between the way Wendy’s does things compared with “Othr Guyz” who start with frozen patties. The ad runs fast in the context of the big game and was therefore, easy to miss. The main problem: “Where’s the beef?” We’re never shown the Wendy’s alternative of fresh, not frozen meat.

A new CGI version of Mr. Clean made a risqué debut in “Cleaner of Your Dreams.” From a cultural perspective, the spot is tone-deaf. As someone in our agency put it, this ad is “how a man thinks about what a woman wants.” Sales will tell whether the values-misalignment is costly to the brand.

T-Mobile ran three commercials promoting its T-Mobile One® unlimited plans. These funny ads drive home the switch message — with T-Mobile’s unlimited plans you get unlimited data, taxes and fees included. Message consistency and media dominance give T-Mobile the win over rival advertiser Sprint, and is certain to steal share from the intended incumbent, Verizon.

Innovation can be culturally relevant, but in the case of Snicker’s, its purported first-ever commercial to air live during the Super Bowl, was a complete fizzle. If you missed the teaser ads and Mars 36-hour livestream, then you probably missed Snickers as well. Too bad. We had high hopes.

We tallied more than 80 commercials during game time. That’s a lot. We hope you enjoyed this year’s commentary and picks. Shout out your thoughts. We’re listening.