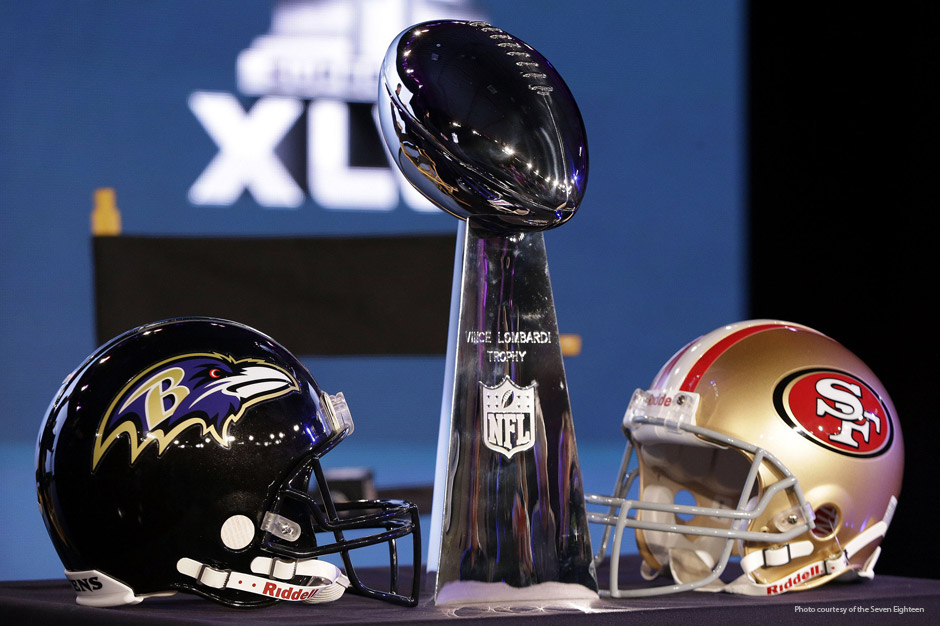 Eighty percent of Super Bowl ads don't sell. That's according to a new study by the research firm Communicus. And, article after article, like Advertising Age's most recent one titled, "Under Review: Is Super Bowl Worth $4 million?" (January 21, 2014) jam the pundit backstory to the big game.

Is the 20 percent chance for a BIG win in advertising's version of football's red zone worth it? Skeptics aside, the positionist answer is, "Yes." To put this yearly controversy out of commission, here is a Positionist View® on why running a Super Bowl commercial, from a pure media standpoint, is "worth it:"

2. Reach on a massive scale. New research shows that reaching more consumers once will result in greater total sales than reaching fewer consumers more often. In other words, if your brand or product has massive audience appeal, the Super Bowl is a smart buy.

3. The Super Bowl extends the sale, pre- and post-sale. Innis Maggiore Executive Creative Director Scott Edwards reminds us that one of the extra values of running a Super Bowl ad for a consumer package good is the opportunity for trade pre-sell. When you tell the trade you're going to be on the Super Bowl, they WILL feature you in their circulars and they WILL get you on the floor in high-traffic, high-profile areas. Being in an off-shelf display is the next best thing to being purchased for consumer package goods.

Then, there is the Internet and social media. The Internet expands the time of play well beyond the Super Bowl play clock, affording significant opportunity not only for pre-game exposures - teaser commercials, pre-commercials and hoopla - but also post-game time. Consider that each subsequent exposure to a game-day winning advertisement reminds people to buy the brand when they are most ready to purchase.

The conclusion to be drawn is that the Super Bowl media buy is worth it, but limited. It is merely the doorman in advertising engagement. This is why ads for similar products with identical consumer targets running in the Super Bowl (automobiles are a good example) vary widely in measures of consumer response. Where, then, is the game won or lost?

"It's All About the Ad, Stupid."First we need to agree on what makes one ad better than another. "Better" does not mean the most entertaining, the most shocking or the most expensive to produce. Better means those ads that meet this simple four-part positionist criteria:

1. Did the ad gain your attention?
2. Can you recall the brand or product advertised?
3. Does the ad convey a meaningful benefit about the product, service or brand?
4. Finally, does the ad convey an idea that gives the company, product or service a distinct advantage over the competition?

Our Picks: The Good, The Bad and The Meh

THE GOOD
SodaStream, "Sorry, Coke and Pepsi"
Our first pick for this year's top spot goes to SodaStream, a David brand squarely aimed at taking market share from two industry Goliaths, Coke and Pepsi. The commercial's message squarely kicks the ball through the positioning uprights: "Soda that's better for you and all of us, less sugar, less bottles ... Sorry, Coke and Pepsi." SodaStream also wins for brilliant execution on pre-ad game-day positioning strategy. First for creating a spot intended to get banned for violating broadcast policy resulting in much pre-game publicity," Scarlett Johansson's uncensored SodaStream Super Bowl ad banned by Fox." And, next, for strategically placing its ad in the fourth quarter time slot so as to follow (leapfrog) competitors Coke and Pepsi, emphatically proving media is a message.

Heinz, "Happy"
The ad works well because it carries the traditional slow-because-it's-thick position forward with a new, pleasant and upbeat musical cue, "If You're Happy and You Know It." Admittedly, it's not as good as the Carly Simon "Anticipation," but it's pretty much impossible to beat perfection.

Axe, "Peace"
This ad gains attention by a device positionists call "incongruence" or juxtaposition: the sly references to North Korean dictator Kim Jong-Un and other vague bad guy stereotypes, interspersed with some romantic denouements lead to the surprise ending message to "Make love, not war." From a positioning standpoint, this ad approaches (but does not wholly achieve) the attitude of Apple's seminal Super Bowl spot "1984," which coincidentally debuted 30 years ago this year.

THE BAD
Audi, "Doberhuahua"
Last year's Audi ad made the owner's box. This year it is dog last. The disturbing image of the crazy dog is not as disturbing as the nonexistent message.

Hyundai, "Nice"
"Hyundai Nice," the other commercial by this automaker, is supposed to be funny, but it is just overblown. There are lots and lots and lots of effects. An expensive music synch license, for "Evil Woman." A popular star, one of the Big Bang Theory guys (don't know which one; don't care). An attractive woman to appeal to the guys. An unrecognizable Richard Lewis has no other purpose than failing to deliver the obligatory pop culture reference. Very, very, very, very expensive garbage.

THE MEH
Budweiser, "Puppy Love"
Budweiser's "Clydesdale" commercial scored big on last year's Super Bowl scoreboard. This feel-good ad about a puppy and a horse that are inseparable proves you just can't create a copy that stands up to the original. Unlike the product, this ad just doesn't fill you up.

Toyota Highlander, "No Room for Boring"
Cute spot and combination of The Muppets with Terry Crews works well, though he couldn't overact more. Bu-u-u-u-u-t, what does the song (and overall message) "No room for boring" mean? We guess it means this is a fun vehicle, but don't the hamsters already own that message?

Test your positioning power. Tell us your picks.

Previous Post
←  It's the Brands, Stupid.
Next Post
The Tale of Two Conglomerates  →
PositionistView®
VIEW ALL RSS