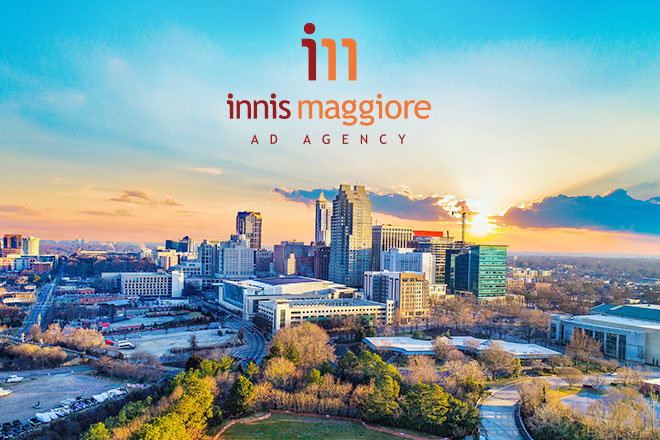 Innis Maggiore is expanding its geographic reach with a new presence in Raleigh, N.C.

Raleigh consistently ranks as one of the fastest-growing cities in the United States and it’s often recognized as one of the best places to live and work. Named for Sir Walter Raleigh and founded in 1792, Raleigh is North Carolina’s capital city.

According to Innis Maggiore President & CEO Dick Maggiore, there’s good reason many major companies already have developed — or are working toward developing — a presence in this growing region.

“Raleigh is an economic engine,” said Maggiore. “The Research Triangle is a business-friendly environment with an established higher education system that attracts top talent. The region is rich with art, culture, history, and tradition. From Apple to Amazon to Google to IBM to, most recently, Meta, smart businesses are flocking to this region as they ramp up their growth strategies.”

Cyphert oversees all public relations initiatives for the agency and its clients. He looks forward to introducing Innis Maggiore’s strategic brand positioning approach to Raleigh as he continues to expand relationships he’s already begun to develop in the region.

“With significant growth and expansion here in Raleigh, positioning strategy is needed,” Cyphert said. “Native businesses, newcomers, and start-ups must differentiate themselves in this competitive environment. We’re not the same as ordinary agencies because we always focus on what makes companies different from the competition. This delivers stronger branding that’s more effective and efficient. One message with 100 percent focus outperforms random messages with no focus every day.”

Cyphert has more than 25 years of public relations experience, including nearly 20 years at Innis Maggiore. He holds a bachelor’s degree from Youngstown State University and became accredited by the Public Relations Society of America in 2014. He and his wife, Tonya, reside in Fuquay Varina, N.C.