Think outside the big box. Innis Maggiore and The Canton Repository shine a light on and encourage the support of local businesses doing their part to strengthen Stark County. 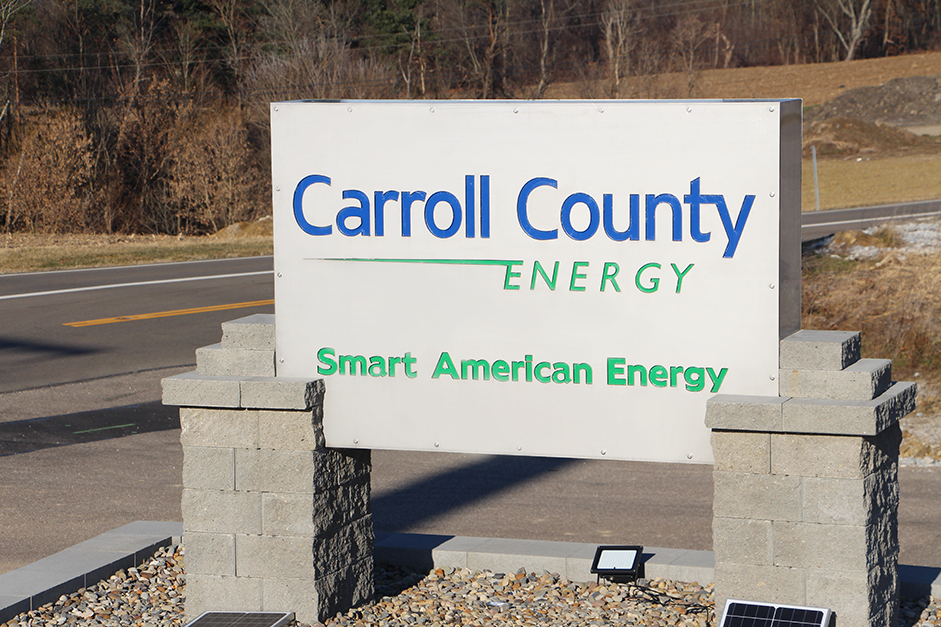 Like a Good Neighbor, Carroll County Energy is There for Carrollton

Neighbors don't get much better.

From construction, operations and maintenance jobs to a bump in the local economy and from a new school building to local charitable support, Carroll County Energy has made a positive impact on the community since day one.

Plans to build the power plant were announced in June 2013, and financing closed for the $899 million project in 2015. Commercial operations began in December 2017.

The 700 megawatt facility features two GE gas turbines and a GE steam turbine, and it has the capacity to generate electricity for approximately 750,000 homes.

Carroll County Energy sells energy into the PJM Interconnect, a regional transmission organization (RTO) that coordinates the movement of wholesale electricity in all or parts of 13 states and the District of Columbia.

The facility is located in an area with low-priced natural gas production as well as access to AEP's 345 kV transmission lines and Kinder Morgan's Tennessee Gas Pipeline system.

Bechtel Corp. built Carroll County Energy under a turnkey construction contract that, at its peak, employed more than 700 skilled tradesmen.

EthosEnergy Power Plant Services has been hired to handle operations and maintenance of the facility, which employs 22 people in well-paying engineering, technical, operations, management and administration positions.

Facility Manager Merritt Brown was the first EthosEnergy employee at Carroll County Energy, coming onboard during construction in early 2016.

"We've made a positive impact on this community, and we've received a very warm welcome," Brown said.

Brown said Carroll County Energy is generating some of the cleanest energy on the planet. The facility produces 50 percent of the carbon dioxide and less than 10 percent of the sulfur dioxide and nitrogen dioxide that a conventional coal-fired power plant would produce to generate the same amount of electricity.

The facility represents an important step forward in America's transition to cleaner energy production while maintaining energy independence, and the facility has been a significant stimulus for the local economy.

High School-Middle School opened in August. Carroll County Energy is providing $1.3 million per year for 30 years toward that amount.

Brown said the facility works with as many local businesses as it can.

"We contract as much with local Ohio companies as possible, from mechanical and electrical repair services to consumable products," Brown said.

"We buy our water from Carrollton, and a number of other local businesses have benefited as well."

Those businesses include local hotels, restaurants and stores. Brown noted that the impact was significant during construction and that it continues now that the facility is up and running at full steam.

Many members of the community can see the Carroll County Energy facility over the hill, but many don't have a deep understanding of what actually happens there. Brown and his team are working to change that.

"A big part of what we do involves educating people about our facility," Brown said. "We've provided many community and local fire department tours, and we're frequently taking requests from neighbors interested in learning more about Carroll County Energy."

Carroll County Energy was presented with a Golden Shovel award earlier this year during the Carroll County Chamber of Commerce's annual banquet. The award was earned because of facility modifications on site. This $17 million project employed more than 100 local skilled tradesmen.

All signs point to Carroll County Energy continuing to make a positive impact on the community as it continues to generate clean energy.

And as long as it does both, folks in Carrollton, Washington Township and Carroll County will consider this new natural gas electric generating facility a neighbor worth keeping around.