Native advertising agency: what that means and why it matters … 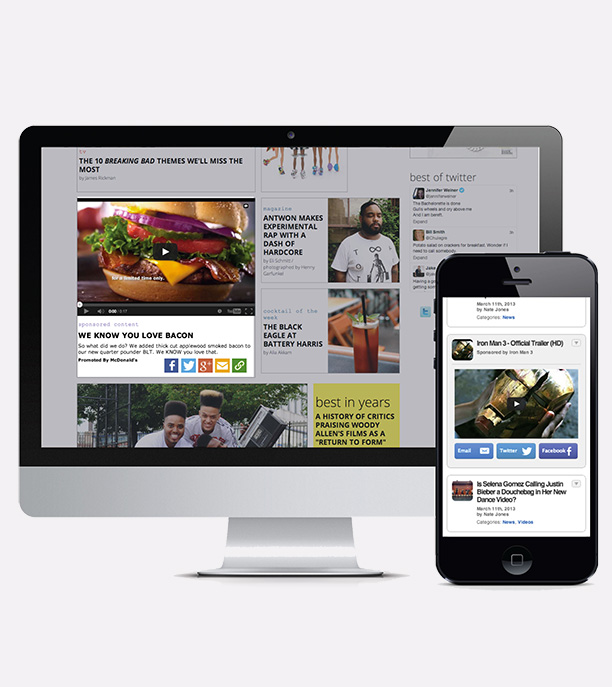 Native ads weave themselves into the content of a platform rather than appear as layered banners or side displays.

What is native advertising?

Native ads follow the same design as the platform in which they are placed. Native ads weave themselves into the content of a platform rather than appear as layered banners or side displays. They mirror this design so well that they appear as though they are part of the site or display itself.

The effectiveness of native ads has materialized in the data. Compared to regular display ads, researchers found that people are 53% more likely to view native ads repeatedly. The response findings continue along this line of comparison, as native ads hold a click rate that is 40 times higher than traditional display advertising.

For those familiar with a more traditional medium, newspapers are well known for “advertorials.” These advertisements look just like the newspaper with only a small designation at the top indicating it’s an advertisement. Similarly, native advertising brings this approach to the digital world.

Why do native ad strategies perform so well?

The answer lies in their longevity and the manner in which they engage viewers. Unlike other mediums where viewers only spend seconds glancing at the ad, native ads captivate viewers with the same length of engagement as though they were reading a news article. From here, the goal of a native ad is for a viewer to have enough interest that they click on it, leading them to a landing page or other sponsored content.

This format of native advertising actually instills more trust in products. Why? Because consumers don’t feel as though they’re being sold something, but rather, they view it as coming across something organic in their search results.

How do we, as a leading native advertising agency, approach campaigns?

If you want to develop a campaign, its mark of success lies in how integrated the ad is in relation to its platform. But in order to achieve such a seamless insertion on a website or search page, the crucial aspect of native advertising is to mimic the home platform while showcasing, with careful subtlety, your brand’s identity.

It’s a difficult act, but if there’s one thing a native advertising agency like Innis Maggiore knows, it’s how to create an ad campaign that highlights your identity. When we begin any marketing campaign, we start by uncovering what your brand stands for – your position. When you can recognize the thing that sets you apart from the competition, you can then form an effective advertising campaign around that central difference.

Positioning is especially important with native advertising. As you build campaigns where effectiveness relies on subtlety, it makes everything that goes into building these ads, from the copy to platform placement, crucial in determining success. Every aspect of the ad must point to your brand position without conveying a car salesman-like attitude.

But as a native advertising agency and the nation’s leading positioning ad agency, Innis Maggiore has the expertise to execute to bring your organization success.

Achieving the end goal of a native advertising campaign

Once you’ve nailed down your position, it’s time to build your native advertising strategy.

As we construct your campaign, we’ll establish metrics to measure your overall objectives such as augmenting brand awareness, driving more traffic to your site, or simply increasing ad engagement. With any of these objectives in mind, there’s a whole host of approaches you can take, but when working with a native advertising agency like Innis Maggiore, you can trust that we’ll build a campaign focused on your position and strike the balance between the right level of branding without breaking the local character of a host platform.