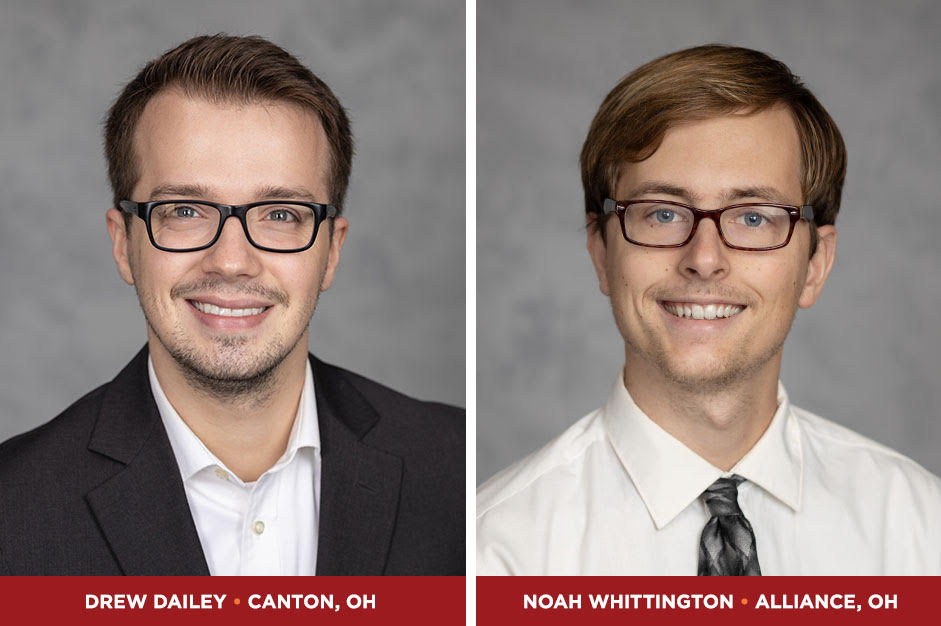 Dailey, a resident of Canton, Ohio recently graduated from Kent State University at Stark with a bachelor’s degree in computer science. Whittington comes to Innis Maggiore from Passov Branding where he was a web developer. A resident of Alliance, Ohio, Whittington earned his bachelor’s degree in computer science with a minor in business administration from Malone University.

“Innis Maggiore’s depth of experience supporting multiple platforms such as PHP and .NET is certainly an asset for our clients,” said Devon Miller, director of web development at Innis Maggiore. “That expertise is also valuable to our associates because they are able to advance their skills for the platforms that interest them the most.”

“We hit the jackpot when we hired Drew and Noah,” said Joe Chenevey, director of technology at Innis Maggiore. “In addition to their bachelor’s degrees in computer science, Drew and Noah bring tremendous enthusiasm and curiosity. Those qualities are vital when working in the ever-evolving world of technology.”