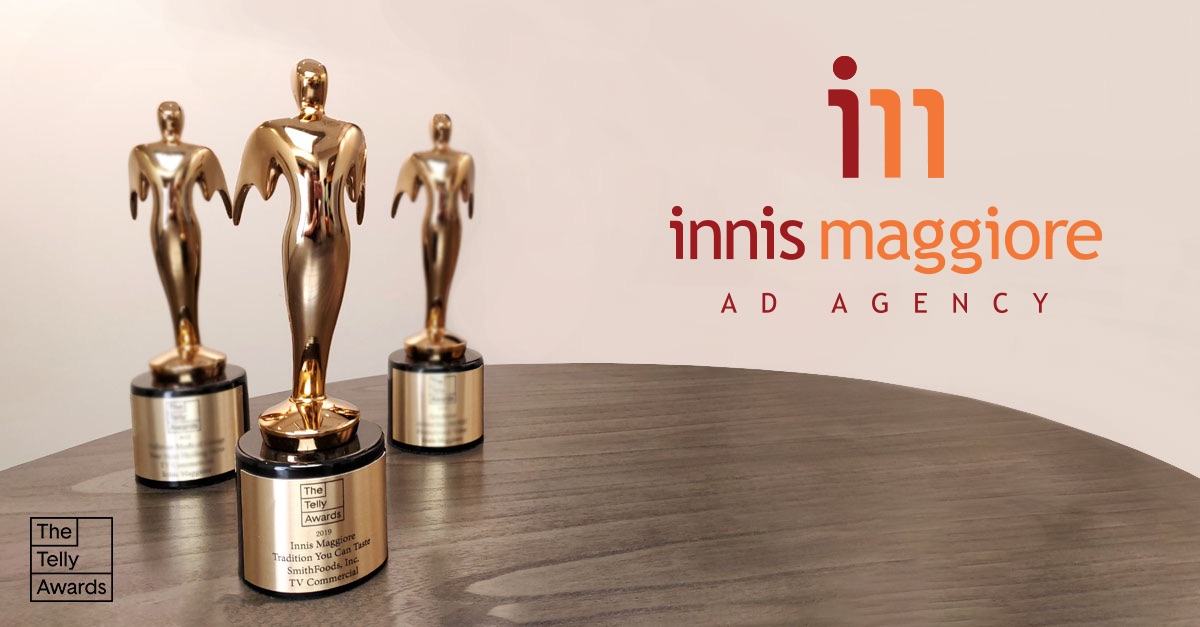 CANTON, Ohio (August 7, 2019) — Innis Maggiore, the nation’s leading positioning ad agency, today announced it earned a 2019 Telly Award for a TV commercial it produced for Smith’s, one of the largest dairy processors in North America.

Awarded as a 30-Second Regional TV Spot in the Food/Beverage category, the commercial is titled “Tradition You Can Taste” and highlights Smith’s traditional, family-minded values. Located in Orrville, Ohio, Smith’s works with small, local farms to deliver a line of high-quality dairy products.

“Many families have enjoyed the tradition of Smith’s for generations,” said Jeff Monter, principal creative services and account lead. “We are privileged to help more people become aware of Smith’s legacy of innovation and quality.”