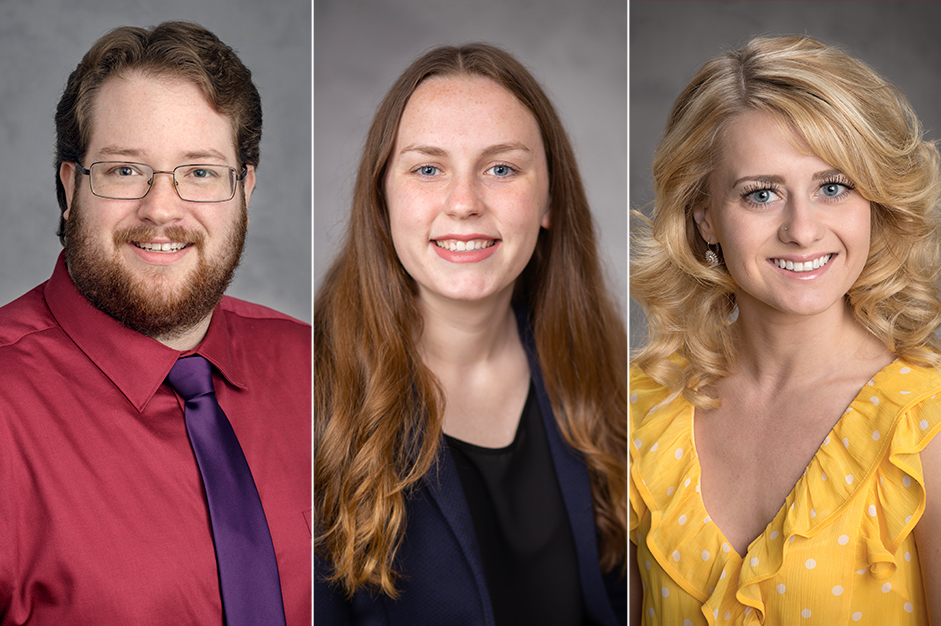 Hine will be the lead developer on several key agency web initiatives. Other responsibilities include reviewing code, approving changes, planning website deployments and estimating. Before joining Innis Maggiore, he specialized as a web and application lead developer at Presteligence for nearly seven years. Hine helped develop the widely used MyTeamScoop and MyNews CMS applications. A resident of Magnolia, he graduated from Lakeland Community College in 2012 with an associate of applied business degree in PC enterprise programming.

Iser will be project manager of web focusing on improved efficiency across agency departments. Iser accepted a position following an internship with the agency where she worked closely with the Media & Digital Marketing and Web teams. Prior to coming to Innis Maggiore, she graduated from Walsh University with a bachelor’s degree in business administration with a concentration in marketing and management. She is a resident of Massillon.

Mays joined the agency as a graphic designer in 2012 after working for Kent’s University Libraries Communications Office. She is an experienced and award-winning art director who plays an integral role in the development and execution of creative concepts for clients. Mays works directly with copywriters, account executives and designers to create compelling concepts for advertising materials. She is a resident of Canton and graduated with a bachelor of arts degree in visual communication design from Kent State University, with a minor in photo illustration.

“These moves strengthen our team as we focus on differentiating our clients and dramatizing their positions,” said Maggiore.