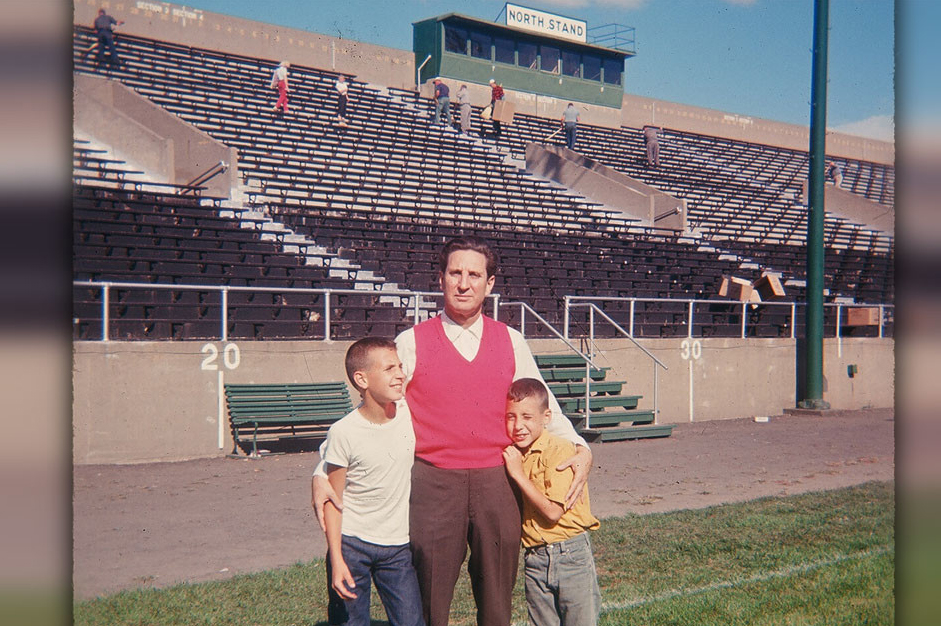 Brand a place like Canton: We can score big if we go all in

Canton and the National Football League have been the perfect pair for nearly 100 years, the peanut butter and jelly of the sports world.

Pro football is in our DNA. The NFL was founded in Canton in 1920, and if that wasn’t enough, our Canton Bulldogs were a powerhouse NFL team during the early years of the league. The NFL selected Canton to be the home of the Pro Football Hall of Fame, which opened its doors in 1963.

Folks from all over the country and beyond recognize Canton’s connection with the NFL, to the extent our city owns the idea of “The Home of the Pro Football Hall of Fame.” That’s our brand position. It's part of promoting Canton.

Very few areas our size have an opportunity this grand.

Branding a city or location

We understand that products and services can be branded. Goodyear. Nike. Apple. Google. Smuckers. But can a “place” be branded?

Ask New York City, The Big Apple; Las Vegas, Sin City; Atlanta, Hotlanta; Chicago, The Windy City; and Akron, The Rubber City. They all work. Less understandable is that Cleveland called itself a plum. The brand must be real to what it is, meaningful to people and differentiated from other places.

Back in the early 1980s, our convention and visitors’ bureau was born with the passage of the countywide hotel bed tax. Our agency was asked to help the new organization develop its first tagline: Stark County, Football and More.

The good part is we got “Football” in the tagline. The bad part is we were compelled to add, “and More.” It was a complicated way of promoting Canton.

It was an appeasement to the other attractions in the area, but it was a mistake. Like most other brand owners, we wanted to be everything for everybody. The problem is that results in a weaker brand; we all lose.

Brand positioning dictates that a brand can stand for only one cohesive idea. If successful in owning that idea, the tide will rise higher, floating all other boats (and attractions).

Years later, another local agency worked with the bureau and came up with a new tagline: America’s Playing Field. It’s a double entendre. But the football connotation clearly takes center stage. Well done.

Again we’ve arrived at a crossroads.

It is the time to go all in, to embrace our one brand idea that will benefit our entire community. It’s Stark County’s strongest economic development engine and one that has picked up extra horsepower.

A new board was formed; it includes individuals from the Pro Football Hall of Fame, Industrial Realty Group and six members of the formidable Klein team. Klein and Company was the lead adviser on the recent $130 billion merger with DuPont and Dow Chemical. Its list of credentials is world class.

Michael Klein is all in. Four forces converged to convince him:

At least one member from Klein’s team has bought a home in Stark County, and one other is looking. That’s a solid demonstration of their commitment.

Klein talked about work that’s being done. He said a lot of content has been developed.

One of the team members is Cary Granat. He’s co-founder and CEO of Immersive Artistry and one of the people responsible for Caesars Entertainment, the world’s most diversified casino-entertainment provider.

There has been considerable activity. Much of the behind-the-scenes work already is done by the time we see the big tractors moving dirt.

Another member of the new team is Mark Bezos, brother of Jeff Bezos, the world’s richest man and founder of Amazon.

It’s great that people like Klein, Granat, Bezos and others are interested in our community, the Pro Football Hall of Fame Village and the grand plan to make it a true world-class attraction.

It’s now approaching a billion-dollar project that might be the largest development happening anywhere in Ohio.

Have you seen the new Tom Benson Hall of Fame Stadium? It is magnificent.

Experience it. It’s for real. It is happening.

There were some fumbles, as there surely will be a few more. But Klein gave his word the village will be built as envisioned. Add that to the commitments already given by Baker and other team members.

When it comes to promoting Canton ... Game on.