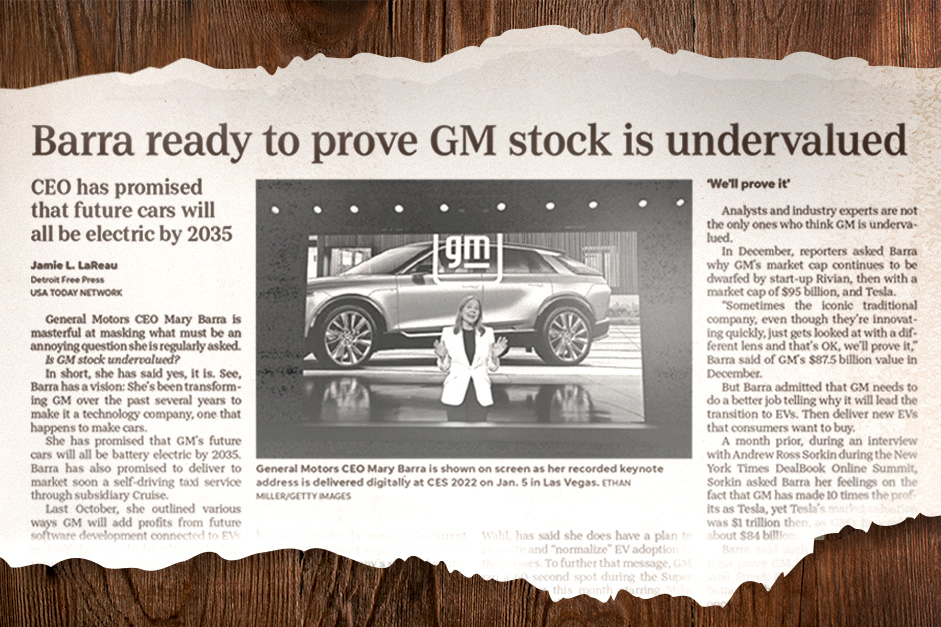 In positioning parlay, GM has chosen to be weak everywhere instead of strong somewhere.

As Carl Showalter (played by actor Steve Buscemi) says to Jerry Lundergard (William H. Macy) in the movie Fargo, “Blood has been shed, Jerry.” OK, maybe not blood in the literal sense, but a lot of business bleeding. Much of it has been self-inflicted by GM over its history. Some mistakes, like poor brand positioning and portfolio strategy, are foundational. They begin early and, if not corrected, the effects last a long time.

To understand what plagues GM today, we need to go back in history.

In 1918, Alfred Sloan came to GM as operating vice president. Sloan’s goal was simple: Sell more cars. But he had a problem, which he called an “irrational product line” – a line of overlapping brands with no guiding policy for differentiation. There were simply too many models and too much duplication. Without a strategic difference, GM car brands were cannibalizing each other.

Sloan’s genius was to rationalize the product lines in the GM portfolio to just five brands, Chevrolet, Pontiac, Buick, Oldsmobile, and Cadillac. Each brand was graded upward in quality and widely separated by style and price. Sloan’s strategy was one of the earliest examples of brand positioning and market segmentation. Margin and profits improved. And, by the time Sloan turned over the reins, GM commanded 57 percent of the U.S. automotive market.

Sloan’s strategies for meaningful product differentiation and market segmentation were quickly undermined by a profit-generating strategy emphasizing “uniformity.” Parts became interchangeable. The once well-differentiated brands lost all individuality, inside and out.

The sameness became so apparent that Fortune magazine did a cover story on August 22, 1983, about the GM look-alikes, showing a photograph of Chevrolet, Oldsmobile, Buick, and Pontiac cars side by side. The headline was prophetic: “Will Success Spoil General Motors?” Under Donner, GM made some money, but the cost was high. U.S. market share fell from Sloan’s 57 percent to 44 percent.

Roger Smith, another “bean-counter,” replaced Donner in 1981. Smith insisted GM’s decline was a “short-term problem.” His schemes for fixing GM were grandiose and primarily internally focused. Since GM’s goals were almost exclusively financial, it’s not surprising Smith lost sight of its most important audience: its customers. Convinced size made them invulnerable, and money was all that mattered. Smith’s team of financial divisional heads failed to understand the importance of brand positioning, marketable well-built cars, and customer loyalty.

Not surprisingly, market share fell from 44 percent to 35 percent during Smith’s tenure. Cost cutting in 1986 led to new car programs being scrapped, slow product development and more poor quality. Early versions of GM’s most expensive car, the $55,000 Cadillac Allante, for example, had roofs that leaked, doors that wouldn’t open and windshields with rippled glass.

Market share and lost sales weren’t the only problems during this time. GM’s leadership perception took a big hit against better-built German and Japanese cars during this period.

The lack of brand differentiation in the GM portfolio is the main problem behind the company’s six-decade-long decline. Donner took a turn for the wrong. Smith kept marching down the path, and subsequent leaders took similar routes until the 2009 bankruptcy.

Get Back to Go Forward

To get going in the right direction, GM needs to go back to what Sloan did 104 years ago: Rationalize the product line. Figure out how best to position and market the company’s most winning brands so they would be different from each other and in the mind of the customer. Focus on making remarkable products that deliver on its positioning promise. Focus on the customer, what they want, and how to satisfy them uniquely. And market like hell.

GM is making some strong moves in innovation. The company’s R&D expenses during the 2018-2020 period have been in the 7- to 8-billion-dollar range, an investment four times greater than Tesla’s in absolute value. A sizeable portion is allocated to its commitment to EV vehicles, something GM is betting big on with the goal of leading the industry. It’s also aggressively investing in alternative fuels such as hydrogen fuel cell technologies and autonomous self-driving technology.

Will these endeavors be enough? It is too soon to tell. GM’s best move is to keep pouring it on. What other alternative is there?