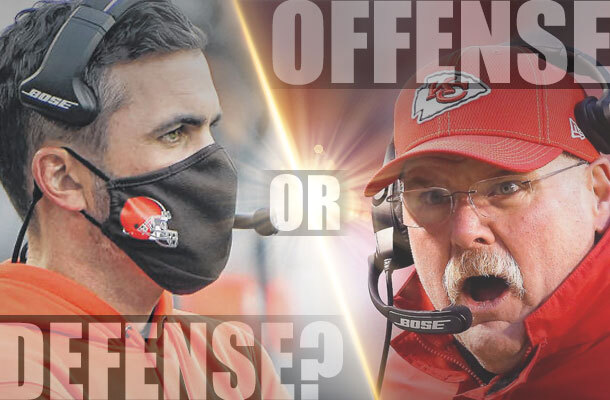 (Special to the Canton Repository)

Stefanski bet on his defense. Reid bet on his offense. Offense or defense? What wins championships?

The answer is both.

Lessons learned from the gridiron can spill over to advertising. As endless as the debate over what wins football games is the debate over what's most important in creating an effective Super Bowl ad. Creativity or strategy? An attention-getting commercial? Or presenting the strongest selling proposition? Which wins the day?

Again, the answer is both. Call it “bothism.” There’s a strong tendency to look at things as either black or white. Truth is, there’s a lot more gray out there – in football, in life and in advertising.

To achieve the best results, advertisers need an entertaining, original creative concept and a strong selling proposition, the most meaningful reason to consider the product or service, working together.

This requires more from an advertisement than creativity for entertainment's sake. It demands creative work be disciplined to dramatize the product advantage, making it more real, more believable, more persuasive and more memorable.

The best creative is effective because it serves to drive the brand’s differentiating, meaningful and relevant idea into the minds of its customers and prospects. Creative, in other words, is a great servant but a poor master in advertising.

Disciplined creativity utilizes the brand’s distinctive assets as proxies to hammer the message into our minds. McDonald’s has its “Golden Arches,” while Burger King has its creepy masked “King,” Marlboro has the cowboy, Geico goes with its gecko and Tropicana uses the straw sticking out of an orange. Every successful brand has etched its distinguishing words, visuals and (or) sounds into our minds.

We can see why some Super Bowl TV commercials have become embedded in the minds of multiple generations and why we don’t even remember seeing others. Consider these classics:

1975: McDonald's introduced its slogan for the Big Mac, "Two all-beef patties, special sauce, lettuce, cheese, pickles, onions on a sesame seed bun." This distinctive brand asset is still as relevant as ever.

1976: Xerox launched one of the funniest informational ads of all time, positioning it as the leading brand in copiers. Titled "It's A Miracle,” the ad featured a beleaguered but inventive monk, challenged to make 500 more manuscript copies, turning to Xerox to do so. There are few better examples of creativity in service to the brand idea than this.

1977: In "America Loves Burgers," Burger King teased the market with its "Have it your way" position. 22 mini vignettes of different people from different walks of life enjoy their burgers their way while the Burger King singers rejoice, "Everybody loves burgers if they can have it fixed their way."

1979: "When EF Hutton talks, people listen," – clearly one of the best dramatizations of a company's expertise boiled into a memorable slogan. The slogan lives on even if the company does not.

1984: Many consider Apple's "1984" invoking a dystopian future imagined in George Orwell's 1984 as the best Super Bowl ad of all time. The hammer smashing conformity at the commercial's end perfectly sums up Apple's position "think different" as a relentless belief in challenging the status quo.

2002: Budweiser's "Respect" had the Clydesdales give tribute by traveling to and kneeling at the site of 9/11. There are few more beloved distinctive brand assets than the Clydesdales.

This year, watch the commercials as much as the game and rate the ads using the “bothism” score. Look for how well the creativity uses distinctive brand assets to build on and reinforce the brand’s position—the brand’s unique and compelling difference from its competitors.

Judge whether you merely liked the ad, or liked the ad and found the advertiser's brand proposition important enough to consider. Think “bothism.”

(Dick Maggiore is president and CEO of Innis Maggiore, founded in Canton in 1974, and today recognized as America’s leading positioning ad agency helping brands compete and win in the marketplace here at the home of the Pro Football Hall of Fame and across the country.)

Previous Post
←  Five ways to steer your business through the pandemic
Next Post
2020: Programmatic Advertising Comes of Age  →