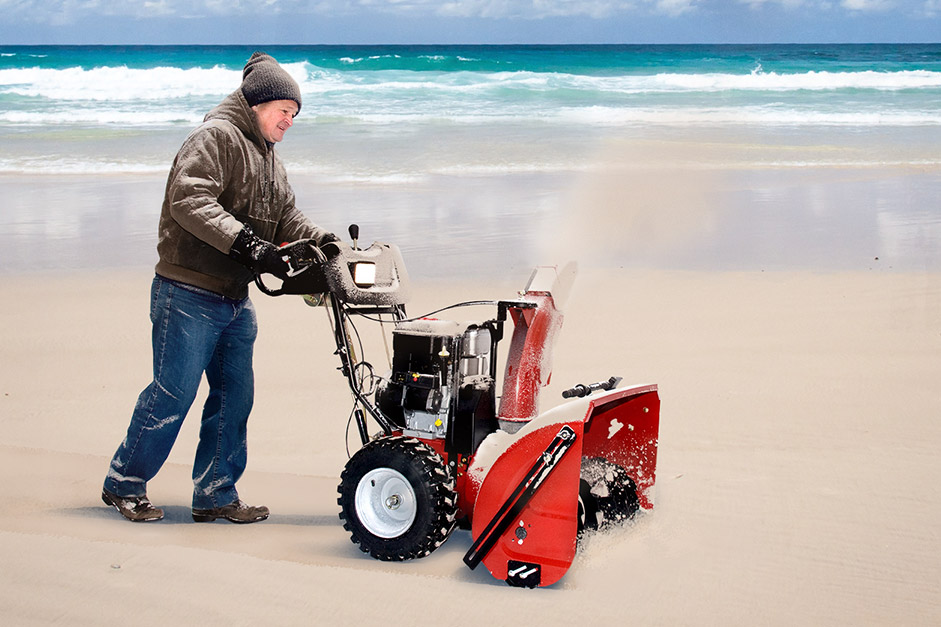 Former Sears executive Steve Goldstein was so shocked when he found snowblowers for sale at his company’s Miami store that he wrote the book, “Why are there Snowblowers in Miami?”

That is but one of myriad anecdotes in Sears’ 120-year history, yet it reveals much about the thinking of those who were in charge of the retail brand and why the company is fighting for its life today.

Goldstein was told Sears had been displaying snowblowers in Miami for more than 30 years, yet the store never sold even one. With thinking like that, it is not surprising Sears filed for bankruptcy Oct. 15.

Sears faced competition from new specialty apparel store chains and big retailers like Walmart and Target. What might prove to be the final nail in Sears’ coffin is online shopping, principally Amazon.com.

Sears is not alone in its struggles versus the online Goliath. What happened to Kodak, Radio Shack, Blackberry, Blockbuster, Compaq, PaineWebber, Merry-Go-Round, Eastern Airlines, Woolworth’s, Toys R Us and Napster?

Amazon just talks about getting in the pharmacy business and drugstores and health insurance stocks drop. Amazon can take any other consumer company’s stock down by 10 to 30 percent with nothing more than a news release.

Sears’ thick catalogs were most families’ go-to source for finding and ordering anything and everything from box springs and baby chicks to prefab homes delivered right to your lot. Sears started its mail order business in 1893. Thirty years later, Sears opened its first brick-and-mortar store.

Its catalog has been replaced by Amazon.com. If it had adapted, could Sears have become Searsazon.com?

The answer is “maybe.” We can all learn a lesson from the start-ups.

Goldstein’s No. 1 principle is speed.

Sam Altman, at age 19, co-founded a location-based social networking mobile application and sold it for $43 million. His next company was valued at $65 billion. He credits his success to speed. He says, “Move fast. Speed is one of your main advantages over large competitors.”

We no longer have the luxury of waiting on all the information before making a decision. It’s better to be reasonably right and catch the ship than precisely right and left at the dock. Speed has become a key strategic competitive advantage.

Former Intel CEO Andrew Grove said, “Only the paranoid survive.” We need to feel a strong sense of urgency. Our competition is in full attack mode.

In addition to speed, Sears’ Goldstein suggests four other principles to transform your business. They all revolve around the concept of engagement.

His No. 2 principle is “Fresh Eyes.” A fresh perspective quickly would have put a stop to shipping snowblowers to Miami and beach umbrellas to Alaska. Sears' changing business environment required fresh eyes.

Mark Benioff, the founder of Salesforce, the world’s largest customer relationship management (CRM) software company, said, “We need to have a beginner’s mind to think about what is happening.”

Goldstein’s principle No. 3 is “Connecting.” The power of connecting with employees throughout the organization and with customers can be enormous. It sounds so elementary — and easy — but it is the exception and not the rule. Organizations must get much closer to their employees and customers.

Principle No. 4 is “Hot buttons.” The organization’s strategy will determine its key performance indicators. These will keep the organization aligned and accountable. The hottest buttons are those that matter most to the customer.

Principle No. 5 is “Transparency.” Communicate information fast. Tell the truth. Tell it all. This includes employees, customers and other stakeholders. Silos can be deadly. Cross-functional teams and other methods promoting collaboration have become strategic competitive weapons.

One of our favorite business strategy books is “Blue Ocean Strategy,” written by W. Chan Kim and Renee Mauborgne. They say the idea is to find uncontested market space represented by the color blue. Contested market space is characterized by red, meaning the bloody waters resulting from competitive warfare.

Problem is, there are fewer and fewer blue oceans. It is more and more difficult to find your brand’s position — how you are differentiated from your competitors.

The pace of technological, economic and social change in the marketplace continues to accelerate. This creates opportunity, but we must be prepared to change. It's a lesson to learn from Sears' changing business environment.

If we are fully engaged, we will be in a better position to know how to adapt and do it more quickly — and thus be far less likely to promote snowblowers to Floridians.