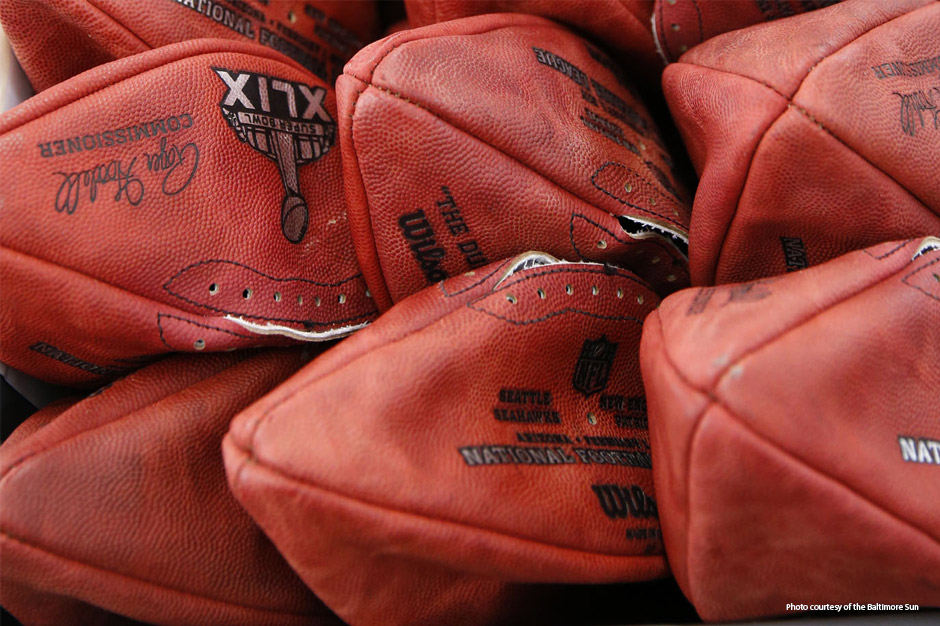 There were no inflated expectations as far as the game went on Super Bowl Sunday. Deflated Seattle fans notwithstanding, the game delivered. There were no close calls, however, in choosing the best and worst of this year's Super Bowl branding ad lineup. You may recall that we rated last year's roster of Super Bowl ads as "meh." This year may be "meh" minus. Consider, very few ads polled higher than five on USA Today's Ad Meter scale. It used to be your entire image of a brand could be based on a single Super Bowl ad. Coca-Cola's "I'd Like to Teach the World to Sing" (1971). Apple's anti-conformist Macintosh ad (1984). Chrysler's "Imported from Detroit" (2012). These ads, and the products they advertised, are in the memory Hall of Fame. Is it possible to name one ad from this year's lineup that will be remembered five years from now? Time will tell.

If there isn't a clear standout, it's not for lack of trying. Today's Super Bowl ads enjoy more hoopla than ever. TV spots now have their own teaser commercials. Early video releases get previewed on "Today," late-night talk, local news and YouTube. There is more "advertising for the advertising" than ever before. Clients have become "patrons." Does the patronage sell product? Again, time will tell.

Maybe the reason it's so hard for ads to "break out" is that many of the creative formulas have become commonplace: the woman-as-sex-object formula, the gross-out formula, the heavy-special-effects formula, the heart-warming (puppy) formula, and so on.

Top Rookie Ad
Mophie "All-Powerless." Mophie, maker of universal batteries for smart devices, makes its point dramatically with an apocalyptic catastrophe caused when the phone battery of the Almighty God loses its charge. "When your phone dies, God knows what can happen," is worth the build up. Avocados from Mexico and Wix.com also made good on their Super Bowl debuts. Maker of Super Glue, Loctite, did not. (Fanny packs and twerking? DOA).

Loss of Yards
Skechers Relaxed Fit Shoes "The Hall." "Pete Rose here. In the hall."  We get the joke, but not the ad. Baseball for the Super Bowl? The brand position is also sketchy. Once a hip and trendy California brand for teens and young adults, Skechers is now your grandfather's shoe? For Pete's sake!

The "Johnny Manziel"
Bud Light "Pac-Man." Bud Light's Pac-Man ad wins the award for media hoopla, hype and overblown price tag. The product message labels Bud Light as the "perfect beer for whatever happens," but the content is too light, making the brand incidental in its own TV spot. But then, what can one say about water-downed swill?

Peoples' Choice Award
Budweiser "Lost Dog" was declared the champ by USA Today's Ad Meter. The dramatic and emotional presentation effectively makes the viewer fearful for the dog - that is, until the Clydesdales save the day. It's not the same spot as last year - yet it's the same spot as last year. People LOVE these spots, but do they sell beer? We're not sure since no appreciable positioning message is delivered.

Out of Position
Dove "Real Strength." The question here isn't whether the spot works (it does), but whether the position makes sense. Dove as a men's line just doesn't quite feel right. Time will tell, as it will about the approach of celebrating the softer side of the modern male (though even the advertisers felt the need to add the hashtag #realstrength in case you thought they were too soft).

Most Deflating
Nationwide's "Boy." Pass the Zoloft! Social media lit up when these morbid series of ads hit home screens. A young boy narrates, "I couldn't grow up because I died from an accident." Whoa. There has to be a better way to deliver the message that preventable accidents are the number one cause of death among our children. There. Why not just like that?

Worst of Show
We have a tie for last place. First there is Jublia "Tackle It." Toenail fungus? In the Super Bowl? A terrible idea and a worse ad. Then there is T-Mobile "Save the Data." From classy Catherine Zeta-Jones to Kim Kardashian. Need we say more?

Best Car Ad
Fiat "The Blue Pill." A "blue pill," much needed for some early morning amore, is bumbled out an open window. After a chain of whimsically orchestrated events, the pill finds its place in the gas tank of the all-new 2016 FIAT 500X crossover. A clear brand position is keenly expressed for Italia's sexiest little car: "Now bigger, more powerful and ready for action."

Best Positioning Ad
Coca-Cola "Make It Happy." Pepsi syndrome set-up aside, this ad dishes out Coke happiness with social commentary relevant for the times, turning negative and hurtful messages into positive and hopeful ones. The final refrain, "Show me love," is refreshingly reminiscent of the brand's iconic 1971 ad, "I Want to Teach the World to Sing." Runner up in this category included Budweiser's "Brewed the Hard Way." (Finally a Budweiser ad that is about the beer!)

Best of Show
We really liked, WeightWatchers "It's Time to Take Back Control" for its brashness in breaking with the conventional diet mold to take an "anti-drug approach" to the problem of food in American culture. And Microsoft for its Braylon O'Neill #empowering ad, which positions the iconic but dull brand as inspiring the technology that helps humans overcome the impossible. But, the overall Best of Show award must go to Coca-Cola for its "Make It Happy" campaign, which is the perfect brew of consistent positioning and creativity.

Watch all of the Super Bowl ads here. (Scroll to see the ads organized by quarter.)

Listen to two of our associates share some of their Super Bowl advertising expertise on local radio shows. Principal Strategy and Client Services Lorraine Kessler stopped by the Ray Horner Morning Show on 1590 WAKR.

Director Scott Edwards shared his insights on the Mix 94.1 morning show with Deluca and Kathy.

Previous Post
←  Pepsi brings the "craft" to cola
Next Post
When Brian Williams lies, you pay the price  →
PositionistView®
VIEW ALL RSS