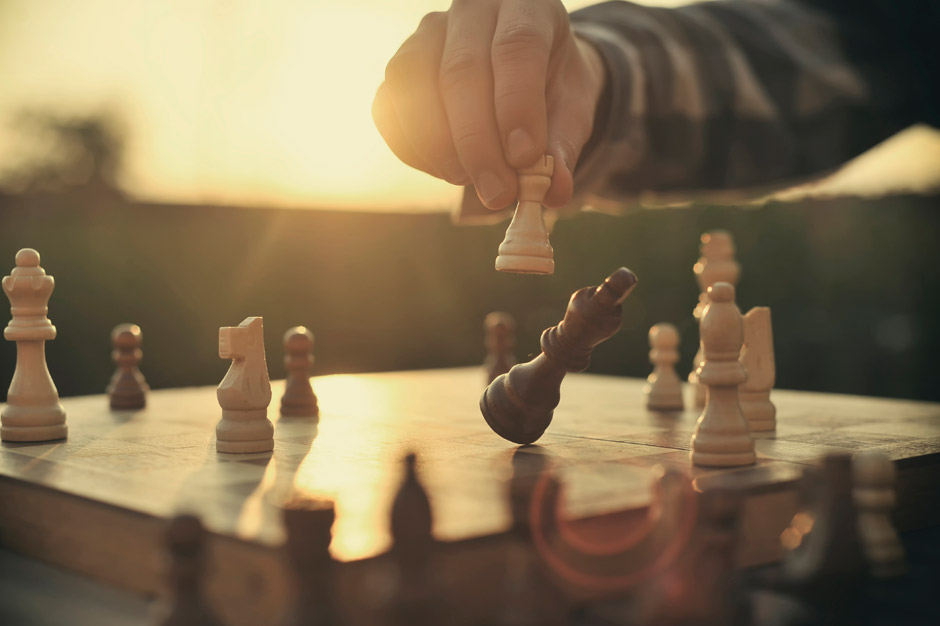 The age of competition: A survival guide in a competitive positioning world

We live in a world where everyone is after everyone's business. And it's a world in which, if you lose your business, you never get it back. It's a competitive positioning world.

We live in a world where everyone is after everyone's business. And it's a world in which, if you lose your business, you never get it back. A few numbers make the case.

Consider global trade as a percentage of gross national product which is an excellent measure of the global economy. In 1980, the percentage was about 12 percent. By 2013, the percentage more than doubled to around 28 percent. In other words, about one-third of what is being produced around the world is sold globally. That's a lot of business and a lot of competition.

But what really is painful is that success breeds competitors like rabbits. With today's technology and lawyers, even a patent doesn't seem to slow them down. I once sat in a meeting where lawyers were boasting that they had gotten around, not one, but 12 patents on a competitor's product. A little change here and there was all they needed. This means that new competitors will arrive probably sooner than later, so you had better get launched and get going in a hurry. But be thankful you are not in Russia where a highly visible success can lead to losing your business to one of Mr. Putin's friends. The rule of law isn't what it should be in Russia.

If you look at the number of products and variations being offered in each category from the '70s to the late '90s, once again the figures doubled or tripled. For example, bottled water brands went from 16 to 50, breakfast cereals from 160 to 340, and pain relievers from 17 to 141. Whatever category you are in, you have a lot of competitive positioning trying to take away your business. So what do you do? Here are some guidelines.

1. Avoid strength. Attack weakness.
This is the overriding principle of competitive positioning to staying out of trouble. What you want to avoid is wishful thinking. But to do this requires a change in philosophy. The classic definition of marketing leads one to believe that marketing has to do with satisfying consumer needs and wants. Marketing is "human activity directed at satisfying needs and wants through exchange processes," says Philip Kotler of Northwestern University.

Marketing is "the performance of those activities which seek to accomplish an organization's objectives by anticipating customer or client needs and directing a flow of need-satisfying goods and services from producer to customer or client," says E. Jerome McCarthy of Michigan State University. Marketing people traditionally have been customer oriented. Over and over again they have warned management to be customer oriented rather than production oriented.

Ever since World War II, King Customer has reigned supreme in the world of marketing.

But it's beginning to look like King Customer is dead. And marketing people have been selling a corpse to top management.

2. Competition is the first thing to analyze in a strategic plan.
To be successful in competitive positioning, a company must become competitor oriented. It must look for weak points in the positions of its competitors and then launch marketing attacks against those weak points.

There are those who would say that a well-thought-out marketing plan always includes a section on the competition. Indeed it does. Usually toward the back of the plan in a section titled "Competitive Evaluation." The major part of the plan usually spells out the marketplace, its various segments, and a myriad of customer research statistics carefully gleaned from endless focus groups, test panels, and concept and marketing tests.

In the marketing plan of the future, many more pages will be dedicated to the competition. This plan will carefully dissect each participant in the marketplace. It will develop a list of competitive weaknesses and strengths as well as a plan of action to either exploit or defend against them.

What does all this portend for marketing people of the future? It means they'll have to be prepared to wage marketing warfare. More and more, successful marketing campaigns will have to be planned like military campaigns.

Strategic planning will become increasingly important. Companies will have to learn how to attack and to flank their competition, how to defend their positions, and how and when to wage guerrilla warfare. They will need better intelligence on how to anticipate competitive moves.

It's all about pursuing the right competitive strategy and understanding the four types of marketing warfare: defensive, offensive, flanking and guerilla warfare. My book Marketing Warfare explains it all.

3. The mind is the battleground.
Competitive positioning is how you differentiate yourself in the mind of your prospect. It's also a body of work on how the mind works in the process of communications. (I've written a number of books on this subject.) In essence, you must deal with the fact that minds are limited, minds hate confusion, minds are insecure, minds don't change and minds can lose focus. The biggest competitive mistake usually made is that of trying to be everything to everybody in the mind. It's one idea to a customer in the mind, and once you begin to blur what you are, your position becomes weaker. This only opens up the customer's mind for your competitor.

4. Countering a price attack.
A low price is a big draw but there is an inherent problem with this strategy. Competitors have pencils so they can mark down prices instantly, which makes price a very bad differentiating idea. When attacked by a low price competitor, the best counter strategy is to push quality and reliability. This move sets up the benefit of longevity. Paying more for a product that lasts longer makes sense to most people. It also puts your price competitors on the horns of a dilemma. Adding more quality to their products only raises their cost structure. It's hard to be cheap and high quality at the same time.

5. Staying ahead of competitors.
The best weapon for a strong brand is "new and improved." You can't just sit there and become a target. You need to get into the depths of competitive positioning.

No other company in the history of marketing can match Gillette's efforts in the razor blade world. They are constantly adding blades and features to products that often replace existing products in which they have invested heavily. Today, they have over 60 percent of the razor blade business, a number they have held for decades. They also have very few competitors because most have discovered that taking on Gillette can be costly and not very productive. If there were a competitive hall of fame, Gillette would be at the top of the list.

6. Stay nervous.
Finally, paranoia is the key to success in competitive positioning. What I mean is that constant diligence is critical in a competitive world. As I said, everyone is after everyone's business, so a good worrier is a good marketer.

The biggest mistakes I've witnessed are companies that didn't take their competitors seriously until it was too late. The level of competition in today's world is exceptional and only getting better. It is truly the survival of the fittest.

What people have to realize is that flexibility is a necessary mind-set if you want to succeed. You can't predict the future so you must be ready to adapt.

Previous Post
←  Crisis positioning: Enhancing your image
Next Post
An authentic positioning lesson from the soda formerly known as Coke  →