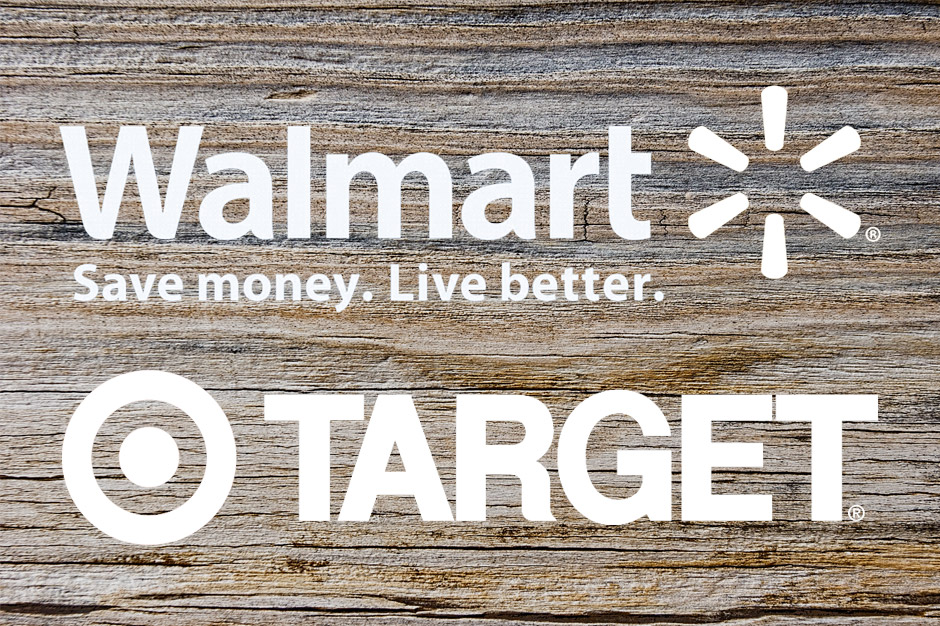 Times are topsy-turvy and one of the great reversals can be seen in the world of retail. And a lesson in competitive positioning is left to be learned.

While Wal-Mart, the largest company in the world, has always dwarfed rival Target in size ($406 billion in annual revenue vs. Target's $65 billion), until recently Target had been decisively winning the growth game. From 2003 though 2007, Target's annual same-stores sales growth averaged 4.6%, while Wal-Mart's clocked in at 2.9%.

So, why is Wal-Mart winning and Target losing?  The reason is obvious.

Times are so bad, all clothes, even cheap clothes are a luxury. People can forgo buying clothes, even new clothes, but food is not discretionary.

This same lesson was drummed into my head by my immigrant grandfather. During the Great Depression, after trying his hand at construction, railroad work and scrap metal, he got the family into the produce business. His rationale: "Even in bad times, people have to eat." Wal-Mart is positioned for necessities of life; Target is not.

Target devotes some 40% of its shelf space to home and apparel items, which are struggling, while setting aside less than 20% for consumables like food, health items and beauty care. Wal-Mart sets aside 45% of its space for consumables. "Wal-Mart sells what you need to have," says Davidowitz, "as opposed to what you want to have."

Not only does Wal-Mart sell more of the grocery items that you need-the company is the world's largest food retailer-it sells them at better prices. Customers have fled Target because they think of the company as an apparel retailer, and they believe that the groceries they do sell are overpriced.

People think of Target as a cheap chic fashion-forward company, not a necessities company.  That's essentially their competitive positioning.

Target's response to this is concerning to us.  On Target's fourth quarter earning call,  CEO Gregg Steinhafel announced confidently, "We continue to invest in our food offering in recognition of its importance in driving greater frequency, increasing guest loyalty, and making Target a preferred shopping destination."

The brand can't stand for cheap chic and necessities too. A brand can only stand for one thing in the mind. You can't blur your competitive positioning. And you can't change people's minds once they are made up.

In fact, what you often do is reinforce the positioning of your competitor by making its concept more important. As counter-intuitive as it may seem, our recommendation would be for Target to stay the course, wait out the storm of our economic discontent. Keep selling the brand. Change is a wave on the ocean of time.

Responding to the short-term waves that cause agitation and confusion would be a terrible miscalculation--a mistake. Instead of reacting, Target should take a long-range point of view and stick with its basic business.

Changing the direction of a large company is like trying to turn an aircraft carrier. It takes a mile before anything happens. And if it was a wrong turn, getting back on course takes even longer.

As Confucius says, "Man who chase two rabbits catches neither."

Target, I love your cheap chic! Stay the course. You can't have it all.

Previous Post
←  Ford Finds Success Marketing In A Down Economy
Next Post
The Key To Failure: Hyper-Commoditization  →