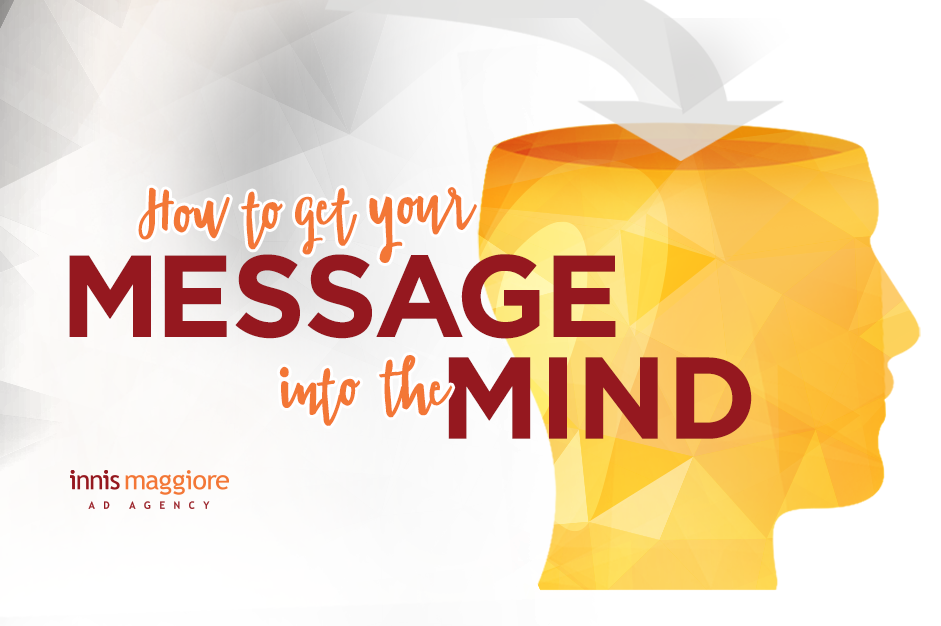 Getting your company messaging into the mind

Customers’ minds don’t like confusion and can be tough to change. So what’s a business to do? Focus! And find the marketing value in a brand name. And get their company messaging into the mind.

Businesses’ prospects and customers are bombarded with nearly 10,000 messages every day. We all are. We all suffer through information overload.

Despite the clutter, businesses still must get their companies’ messages into their prospects’ and customers’ minds. There is tremendous value in a brand name that is recognized for its unique difference.

Clutter, in fact, is one of the biggest challenges for a business. Every two days, we create as much information as we did from the dawn of civilization until 2003, according to Google.

That’s something like five exabytes (2 to the 60th power, or a 1 with 18 zeros after it) of data. That means the vast majority of what is being transmitted becomes irrelevant within seconds.

That’s why positioning is so critical.

If we want to get our company messaging into the mind, it would be helpful to know how the mind works.

The four mind rules are:

• Minds hate confusion. Keep it simple. Minds reject confusion. We store information by category. The mind strives to make connections and relate information to something it already knows.

Think of a category as a ladder in the mind. Each rung on the ladder is a brand in that category. The more popular the category, such as beer or toothpaste, the more rungs on the ladder. Harvard psychologist George Miller proposed that only seven “chunks” of information, like seven brands in a category, can be held in our memory. That’s why there were no more than seven numbers in a phone number. When the three-digit area code was added, we struggled.

Some low-interest categories have only one rung or even none. Take caskets. How many brands can you name? Maybe one, Batesville. The most powerful brands stand for one idea. Chiquita stands for bananas. Domino’s Pizza stands for delivery. Volvo stands for safety. Crest stands for fights cavities.

• Minds are insecure. Minds tend to be emotional not rational. Often, we don’t even know what our own motives are. We want to avoid perceived risks such as monetary, physical and social. We like to follow the herd. If others are buying it, it must be correct. We call this the “Bandwagon effect.” If we say that we are the “most recommended” or “largest selling” or show a key influencer using our product, this creates a sense of security in our minds.

• Minds don’t change. Well, rarely do they change. If you’re given the assignment to change someone’s mind, it would be best to decline.

It’s rare, but changed-minds has happened. At one time Heinz was No. 1 in the pickle category. Then it promoted ketchup. Since a brand can’t own what the mind perceives as two disparate ideas, Heinz went from pickles to ketchup. We did change our minds. But it took millions of dollars of ketchup advertising. Xerox has spent billions of dollars trying to convince us they are more than just a copier company. A Xerox machine that doesn’t copy, doesn’t compute.

• Minds can lose focus. Keeping your product or service focused around one idea is the best way to get company messaging into the mind. The natural tendency is to extol all of our product’s features and benefits. That thinking goes along with trying to be as many things to as many people as we can.

Positioning is about doing just the opposite. It’s about focus.

Volkswagen was the No. 1 imported car in America with its Beetle. Then it started making bigger cars and went bankrupt. When Volkswagen thought little, it got big. When it started thinking big, it got little.

I’ve often heard business folks say, “I don’t want to get niched.” But actually, their goal should be exactly that, to get niched. Kleenex is niched and very happy. So is Band-Aid. Google. Coke. FedEx. All these brands and many more like them are niched. Each stands for one thing, one idea. That’s the goal: Focus.

As I conclude, I want to give credit to Jack Trout and Al Ries. Their pioneering work on the principles of positioning has helped thousands of companies grow and prosper. They found marketing value in a brand name. And they have helped drive company messaging into the minds of countless organizations.