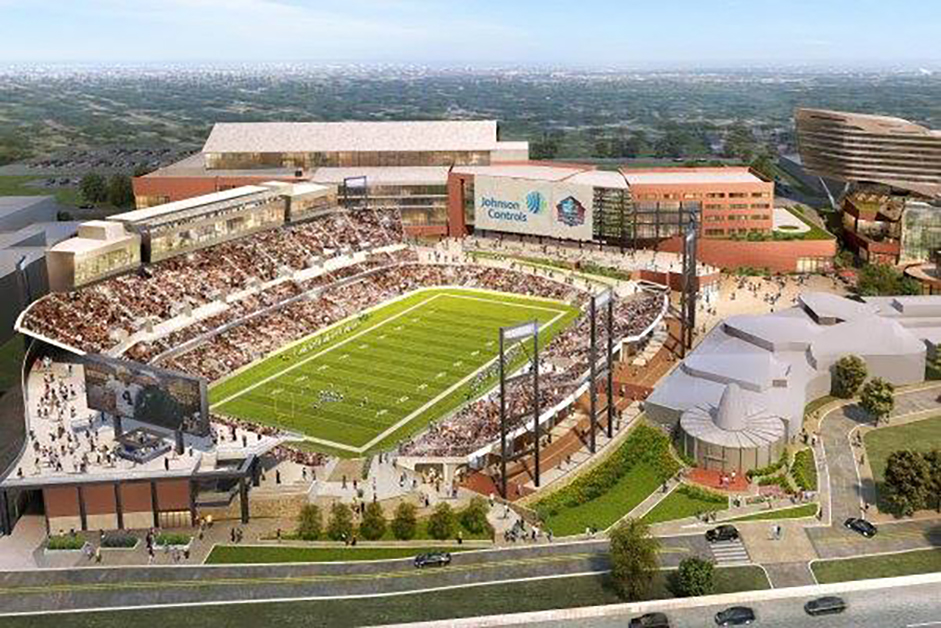 Chances are, most readers of The Canton Repository hadn’t formed much of an image about the Johnson Controls brand before last week, but that most certainly will change soon.

Milwaukee-based Johnson Controls, reporter Todd Porter wrote last week, “might be the biggest company you’ve never heard of.” Porter nailed it. That is exactly the point of today’s column.

Johnson Controls and our Pro Football Hall of Fame are now partners for at least 18 years in the ambitious $600 million Hall of Fame Village, thanks to a naming rights deal they announced Nov. 18 that will deliver more than $100 million to the Village.

With dollar signs flying like leaves in the November wind, it’s easy to be impressed by the magnitude of the deal. Hall of Fame President David Baker described it as 1 plus 1 equals 10.

Companies like Johnson Controls have many obligations — to their customers, shareholders, employees and communities. To meet those obligations, they need to continue to grow the value of their brands. Without growth, they will fall behind. This new partnership is a tremendous opportunity to grow the brand.

You might not have known Johnson Controls prior to Nov. 18, but it certainly is not an unheard-of entity. Its work in creating and executing building-efficiency technologies is world-renowned. Johnson Controls is the go-to resource when businesses and institutions want to make their buildings smarter, safer, more secure, more comfortable and more efficient.

While it is well known in the business-to- business world, Johnson Controls is hardly a household name. There is a huge benefit to reversing that situation. Recognizing this, CEO Alex Molinaroli and his staff decided to find a way to elevate their brand in the minds of more people.

Molinaroli’s decision to come to Canton is the most recent example of a business principle I have long touted: The No. 1 job of the CEO is to grow his or her brand. I believe so strongly in that principle that I focused on it directly in my 2009 book “The CEO’s Number One Responsibility: Identifying and Articulating Your Brand’s Position.” Johnson Control’s CEO is doing exactly that — in a very decisive manner.

As the specialist in building-efficiency technologies, Johnson Controls, by virtue of its partnership with the Pro Football Hall of Fame, will showcase for the world all of its amazing capabilities and executions. What’s more, it selected the perfect partner and now will become indelibly linked to the HOF’s “excellence” position.

Put another way, Nov. 18 was the day when excellence met excellence.