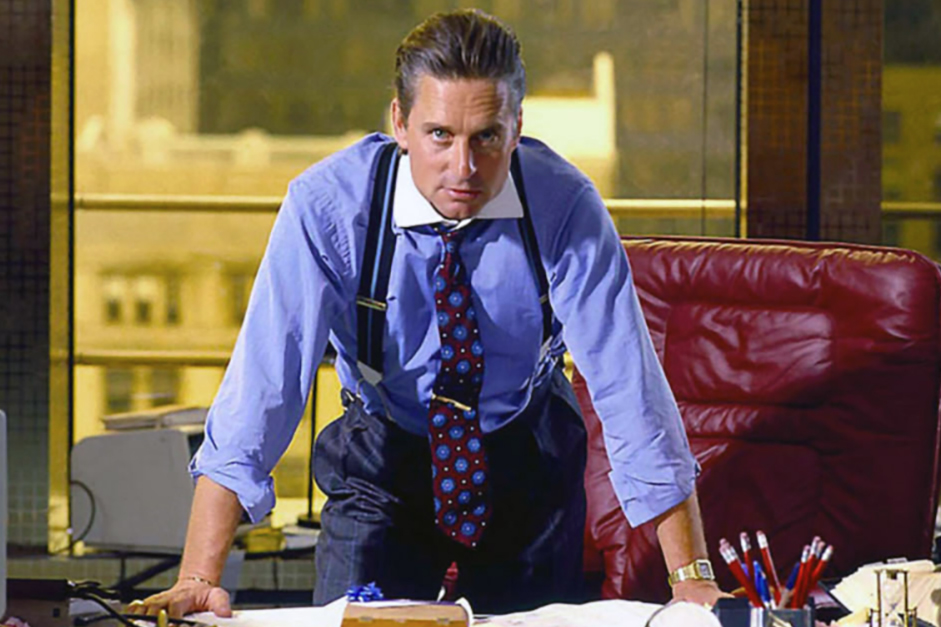 ( Originally published in The Canton Repository )

Fictional character Gordon Gekko uttered a famous line that is far from fictional in describing the worst of capitalism.

“The point is, ladies and gentlemen, that greed ... is good. Greed is right. Greed works,” said Gekko, the Brylcreemed character Michael Douglas played in the 1987 film “Wall Street.”

In unbridled capitalism, there’s no such thing as “a little dab’ll do ya.” The capitalist credo can be summed up by this belief: Companies should be run to maximize profits for their shareholders.

Employee welfare, customer loyalty, supplier partners and other moral and ethical ideals simply serve as a means to that end.

That companies exist to make money makes good sense. But capitalism unabated is dangerous. It’s self-defeating. It’s no wonder we are seeing backlash.

The situation fits neatly with identity politics. The rich are getting richer. Ten percent of the population owns 90% of the income gain. And we’re losing our middle class. Capitalism only works when we have a thriving middle class.

We’re also losing the middle of the country. More than 600 billionaires live in the U.S., mostly in New York and California. We’re pitting the coasts against the middle and the urban against the rural.

Rising market concentration, notably the big four (Amazon, Google, Facebook and Apple), is blamed for the shrinkage and euthanization of small business. They easily outspend competitors and eat startups for breakfast.

Amazon released its quarterly earnings last month, and its stock went up $72 billion in value. That one-day increase is about the entire size of mighty global company Caterpillar.

Their enormity allows them to overwhelm government regulators and influence the media.

Socialism is undergoing a revival. Millennials and GenZ are fascinated with socialism. Close to half of people under 40 have a favorable opinion of socialism, and almost half of Democrats of any age are pro-socialism.

The question isn’t why, it’s why not!

This cultural shift toward socialism should concern political and business leaders of both parties.

There’s not much argument that capitalism, the system of free exchange with private ownership, has increased per-capita GDP by a factor of 20, thereby increasing our quality of life and personal freedom, and is principally responsible for ending extreme poverty throughout the world.

Overlooking the rhetoric and looking only at the numbers here in the U.S., capitalism has delivered the lowest unemployment rates ever for African Americans, Hispanics, women, veterans and the disabled.

We’re experiencing the highest labor force participation rate ever, low inflation, low-interest rates and the highest wage growth in a decade. The stock market is at an all-time high.

The baby and the bath water

Adam Smith, the father of capitalism, said the purpose of business is to serve a higher purpose and that profit comes as a result of serving this higher purpose. In the 1700s, Smith wrote “The Wealth of Nations,” laying out the foundation of classical free-market economic theory.

His concept described how self-interest and competition can lead to the best possible outcome for everybody. Notice the qualifier: For this arrangement to work, there must be competition.

The underlying component of competition is creativity, which leads to surprise. Creativity, which is another word for innovation, often leads to a rise in demand for the product or service.

When sales double, the cost to produce the product decreases by 20% to 30%. The company and the consumer win.

The Department of Justice needs to redefine monopolistic behavior. Many are strongly suggesting Google, Facebook, Amazon and others must be broken up into separate companies.

The top two search engines, Google and YouTube, are owned by parent company Alphabet, which has more than 90% market share in search. Antitrust laws are based on going after companies whose products are unfairly priced to consumers.

Google searches are free, which hardly fits the old “consumer-gouging” monopolistic model. Antitrust laws need to be re-examined in this new era.

While many on the political right loathe regulations, it is clear we need sensible regulations. The solution is to keep the baby (capitalism) but change the bath water (intelligent regulation).

One for all and all for one

Socialism means the state controls the means of production — the land, labor and capital, as well as the distribution of the spoils, by some kind of a central plan.

Centralizing control over the economy, concentrated in the hands of a few government officials, inevitably means it is not going to be able to maintain a democratic, free and open political system. Examples include Cuba, Venezuela and North Korea.

Sweden and Denmark, often called out as examples of socialist countries, are actually less socialist than the United States in business regulations and in other respects.

The selling point of socialism is that it will deliver equality, but the reality is socialism will give us only sameness. There will be very little variety. Everybody gets only what the government says we’ll get. Try eating the same meal every day. Life under socialism is drab and dreary.

People complain about the high cost of health care, but the industry already is severely regulated by the government, which might, in part, explain its rises in cost.

The health care industry is not being allowed to be run by the free-market economy. If it were, might the cost come down? Is the high cost of medication due the FDA’s near complete control?

A similar case is the escalating cost of university education. The cost of education has risen at an even higher pace than health care costs. Is government intervention to blame? Would free market competition bring down costs?

Nothing is free. We live in a world with limited resources. When you make something free, it must be rationed. A central planner would decide who gets to go to college and who gets health care and when.

We need to reinstate Adam Smith’s moral-based capitalism. Socialism and capitalism don’t exist in their pure form anywhere. Where are the moral underpinnings? Where is the leadership in government and in the business community to regulate intelligently? Capitalism needs to harken back to its 18th century roots.

Pete Buttigieg got this right: “I believe in capitalism as long as there’s a strong rule of law around it.” Admittedly, it can be very difficult and very political to discern a good regulation from a bad one.

Previous Post
←  Ranking Super Bowl Ads: The game behind the game
Next Post
How to Market During a Crisis  →
PositionistView®
VIEW ALL RSS