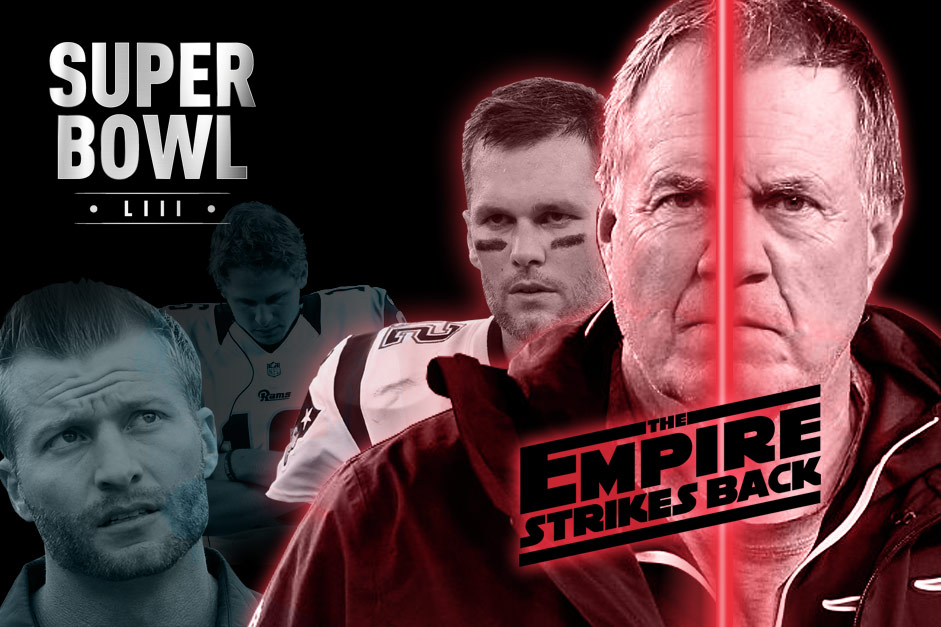 The Patriots, keepers of the Empire, struck back Sunday, marking the sixth win for the oldest coach and oldest quarterback ever to win a Super Bowl. The game was eked out in slow, lethargic doses with only a few flashes of offense to break the comatose.

A lackluster game would seem to be a perfect set-up for advertisers. It’s not unusual for the commercials to be remembered far better than the big game itself. Nearly everyone recalls the most-watched Super Bowl ad of all time, Volkswagen’s “The Force,” heralded by Adweek as “Still the Dark Lord of Super Bowl ads.”

Iconic ads like these spark national conversations. They even have changed the nature of advertising in the post-“Madmen” era. Apple’s ad for the introduction of the MacIntosh, “1984,” and Dorito’s decade-long contests are credited with prompting the development of “branded entertainment” and “content marketing” — strategies used by today’s advertisers to prevent the avoidance of advertising by audiences.

Another way the Super Bowl has helped evolve advertising is in the area of measurement. Sales always have been the absolute measure. And there’s more than enough empirical evidence to show the big stage delivers satisfactory ROI for mass-market products, particularly products like beverages and snacks that are considered complementary to the viewing occasion.

But for many marketers today, the aim of a game-day ad is a kind of “conversational commerce” measured by attention and social interaction, elevating social attention to a new kind of currency.

As predicted, many spots leveraged humor and star power this year. Even 2019 Super Bowl ads that focused on social causes were apt to use humor. Case in point: the Stella Artois ad “Change Up the Usual,” featuring the “The Dude” (Jeff Bridges) from “The Big Lebowski” and “Sex in the City’s” Carrie Bradshaw (Sarah Jessica Parker). The ad is a humorously effective change-up from last year’s far more serious commercial about the beverage maker’s partnership with Water.org.

Lots of celebrities
Last year, 56 celebrities appeared in Super Bowl ads. In 2019 Super Bowl ads, the number was 80 — and that’s not including the 40 NFL players in the two-minute NFL spot.

Reflecting the #MeToo movement, we saw more brands feature women in 2019 Super Bowl ads than at any other time in history. Toyota (Toni Harris), Olay (Sarah Michelle Gellar), Bumble (Serena Williams), Avocados from Mexico (Kristin Chenoweth), M&M’s (Christine Applegate) and Michelob ULTRA Pure Gold (Zoe Kravitz) were among the brands that put women front and center. The wait is over.

Animals have always been a mainstay of game-day ads. We saw dogs in a spot from Avocados from Mexico, and as expected, we saw Clydesdales and Dalmatians in Budweiser’s “Wind Never Felt Better.”

Something very strange happened this year: Animals were replaced by precocious, even creepy, robots. In the Pringles ad, we saw the sad story of a robot who could calculate the number of possible Pringle combinations but lamented her inability to taste them. The same formula re-appeared in the Michelob ULTRA ad, where a robot could perform superhuman feats but could not taste beer. The Sprint ad threw in robots just because. “Robochild” from TurboTax was almost as creepy as the Dorito’s “Awkward Kiss” ad from 2010.

If you’re reading this article, you’re obviously interested in all things Super Bowl, but mostly, what ad picks match your own. Well, this was a unique year.

There were many good ads, but no one great ad. Rather, a few veteran brands — Bud Light, Verizon and Pepsi — played defense to win big recall. They dominated with not one, but multiple, ads and placements mastering a takeover of the event. Pepsi played defense, literally, with its humorous ad, “More Than Okay,” correcting wait staff who often ask if Pepsi is OK when customers request a Coke. Repetition and frequency resulted in these brands dominating the event and their respective categories.

Top three choices
If I must pick, my top three are:
1.) M&Ms with Christina Applegate. Beautifully cast, with perfect scripting and comedic timing, this ad cashes in on the cache of the brand’s spokescandies to deliver the message about the new M&M’s chocolate bar.
2.) Olay with Sarah Michelle Gellar. The horror movie parody delivers on the product benefit cleanly: Olay products have improved her looks so much, she can’t unlock her phone to call for help.
3.) Bud Light. “Brewed with No Corn Syrup.” Hands down, the best positioning is when you reveal a truth about your competitor’s product the consumer can verify as true. In this case, Miller Lite and Coors Light are made with corn syrup. Not good for you, or them.

Finally, of the ads that were a real letdown, the worst of the worst was Kia’s ad for Telluride. Kia should have taken a page from Chrysler’s inspiring “Made in Detroit” spot instead of Nationwide’s depressing 2015 disaster, “Boy” (but I died).

Sorry to end on a down note, but then so did the game.

Hope the 2019 Super Bowl ads made it better for you. They did for me.