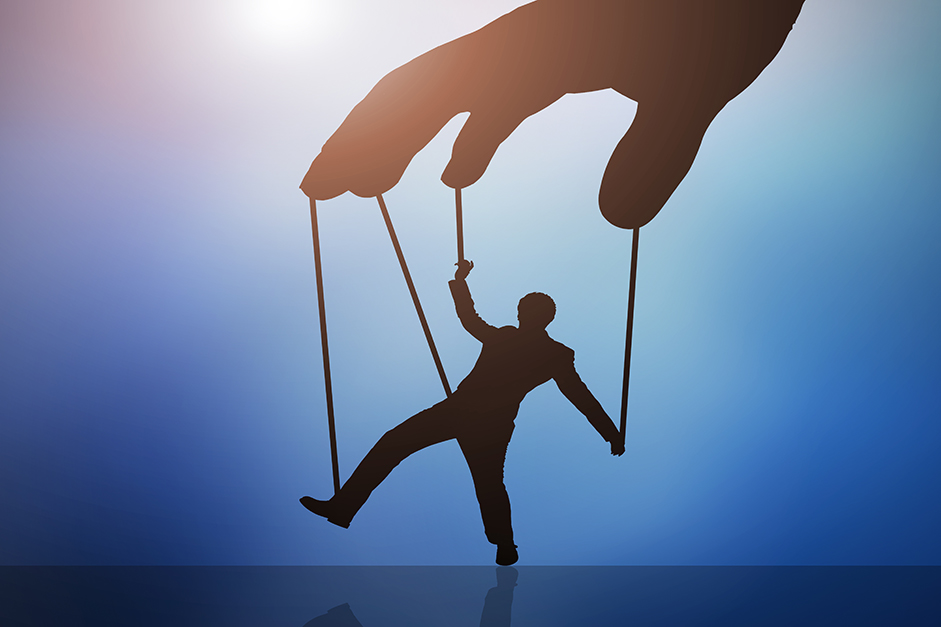 Former Google Chairman and CEO Eric Schmidt once said, "There's what I call the creepy line, and the Google policy about a lot of these things is to get right up to the creepy line but not cross it. I would argue that implanting things in your brain is beyond the creepy line … at least for the moment." (Video)

A recent eye-opening documentary aptly titled "The Creepy Line" uncovers how Google and Facebook are using data about each of us to encourage us to buy certain products. The documentary was produced by investigative journalist and New York Times best-selling author Peter Schweizer.

That Google and Facebook use data to sell to us shouldn't come as a surprise. They are by far the two largest advertising platforms in the world.

What is concerning is their ability to affect the outcomes of elections here and around the world. Our attitudes, opinions and even our voting preferences are being pushed one way or another by forces we don't even see.

That could be considered crossing the creepy line.

Google built the best algorithm for indexing the web so that we can find whatever we're searching for instantly. Google mastered search. It beat the competition - and fairly. It now has more than 90 percent market share in search.

About 40,000 Google searches are conducted every second. Just in the time it takes to read this column, Google will have processed more than 20 million searches.

How are Google and Facebook able afford the billions and billions of dollars it takes to run their companies and provide expansive services? The answer is we are their product. They sell us to advertisers.

The founder and CEO of Facebook, Mark Zuckerberg, testified before Congress responding to Sen. Orrin Hatch as to how Facebook is able to provide their social media platform free. "Senator, we run ads," he said with a smirk on his face. (Video)

Google also owns the Android operating system that runs 82 percent of smartphones. Many say Google knows where you have been physically in the offline world. Google might be recording your voice and everything else going on in your environment.

Google owns the web browser Chrome. If you use Chrome, Google knows every website and webpage you have visited. Even if you don't use Chrome, 76 percent of websites contain hidden Google trackers, and 24 percent contain hidden Facebook trackers.

Google owns Gmail and keeps a record of every email you have sent and received.

Schweizer's documentary claims Facebook keeps a record of all of our comments, likes, pictures, friends and private messages, even if we delete our accounts.

To understand the impact beyond our personal privacy, consider the possibility Hillary Clinton would be president if Facebook would have kept better tabs on who it was buying its advertising space and what they were doing with it.

Amazon, Apple and Microsoft aren't beyond question either.

Based on all the information Google and Facebook have on each of us, it's easy to understand why they are so good at sending the right ads at the right time.

He and University of Toronto professor Jordan Peterson have done research that showed each of us is served up different results when we search, and the results are delivered in a different order.

That applies not only in our searching for products. It also is about manipulating our thinking. If two people search a topic in the news using the same search term, the results will be different and in a different order. Facebook works similarly.

Selling us products is one thing. Giving each of us different versions of the news and commentary is quite another.

The first major legislation by government in this arena is the General Data Protection Regulation. It was passed by the European Union to protect people's privacy. The regulation aims to give individuals control of their personal data.

GDPR is forcing big tech companies to behave more responsibly with regard to individual privacy.

When companies grow so big and we become so dependent on them, their responsibility must grow commensurately. Should they be regulated as publishers? Does our government need to take steps? Do we need to ensure they're not crossing the creepy line?

We love new technologies, but we must have a serious conversation about the concerns raised in "The Creepy Line" documentary. We must look through a nonpartisan lens. We must guard against the potential threat to our democracy and individual liberty.