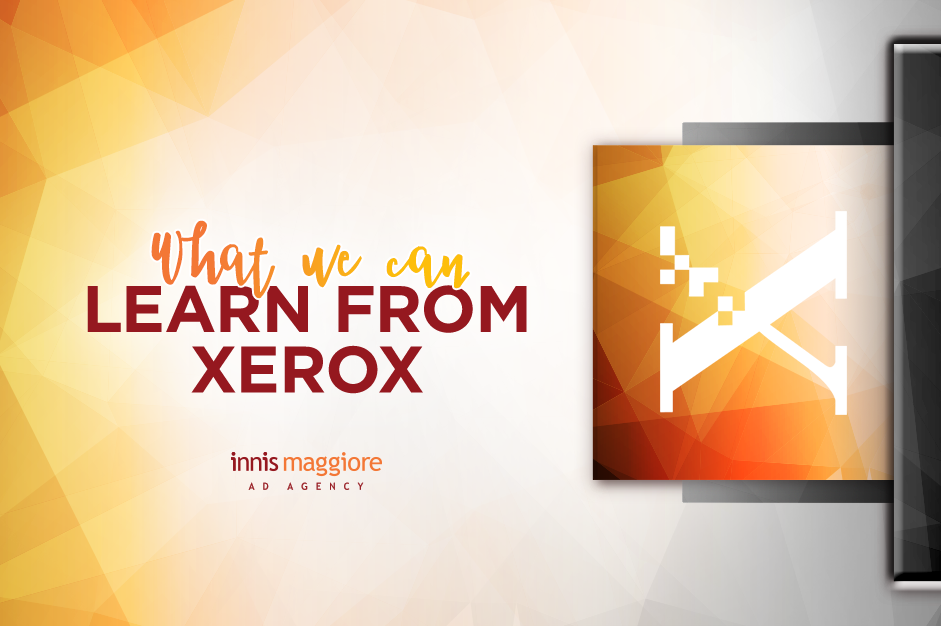 What we can learn from Xerox and brand failures

Company failed (and failed again) when it strayed from its established core position.

The basic positioning principle applies regardless of the size of your business or whether you sell to consumers or other businesses.

It also does not matter whether your business sells locally, regionally or nationally, or whether you are for-profit or nonprofit. Your business works best when your brand stands for one idea. That’s just the way the minds of your prospects and customers work.

Xerox is a remarkable example of a company that did just about everything right in terms of technology, but made many mistakes in go-to-market matters. We can learn a lot from Xerox and brand failures that are similar.

On the plus side, Xerox built one of the most powerful brands in the world. It achieved this by standing for one idea. Its name became the synonym for the act of making a photocopy, as well as the photocopy itself — the verb and the noun. Not too many brands can claim generic ownership of the category itself.

In my industry, one of our favorite pastimes has been watching our friends at Xerox. Their follies demonstrated valuable lessons for business.

In 1959, Xerox introduced the Xerox 914, the first automatic copier. Research showed people were not willing to pay 5 cents per copy, but Xerox launched the 914 anyway.

The rest is photocopier history. If Xerox had heeded its research, it would have missed a tremendous opportunity to build the world’s greatest photocopier brand and gain notoriety as “the most successful product ever marketed in America” as Forbes magazine declared. By 1968, sales topped $1 billion.

The best time to launch a second brand is when your brand is going strong. But that’s when Xerox’s leadership went in the opposite direction. They extended their line beyond the idea that it owned. Jack Trout, the father of positioning, calls it the FWMTF (Forgot What Made Them Famous) Syndrome. Xerox and brand failures often make these mistakes.

Flops were frequent. In the early 1970s, Xerox decided it wanted to become a leader in the information systems and data processing business. By 1975, and after millions of dollars, Xerox Data Systems was killed. In 1979, Xerox tried to get into the facsimile business with its Telecopier line of products — a little late and with little success.

Next, Xerox tried to become a computer company with its XTEN network. Even with great planning and fanfare, it lost a billion or so dollars. Xerox tried to expand in the office equipment business with Ethernet (Xerox invented it). It too failed. Xerox tried again to “Be No. 1 in Offices” with its Team Xerox approach. Yep, it failed, too.

Jumping to 2010, the lead sentence in a Wall Street Journal article reads: “Xerox Corp. is launching its most expensive advertising campaign in two decades, as Chief Executive Ursula Burns looks to reposition the company as more than just a copier maker.”

Burns said the new ads are “aimed at disrupting old perceptions of the Xerox brand and positioning the new Xerox as the world’s leading enterprise for document management and business process.”

Xerox might benefit from the sage advice of George Santayana: “Those who cannot remember the past are condemned to repeat it.” The senior execs at Xerox see themselves as a successful technology company; we see them as a copier company.

The simple truth is this: Xerox owns “copiers” in our minds, so any Xerox machine that doesn’t copy, doesn’t compute.

Sales today are just over one-third of what they were in 1999. Xerox copiers, printers and the like had sales of about $20 billion then. Today, sales of those products are around $11 billion. Factoring in inflation, the figure would have to be more than $28 billion just to remain flat.

Xerox’s board frowned on those developments. It ordered they be shared with Steve Jobs of Apple, resulting in his release of the Apple Macintosh in 1984, the first personal computer to popularize the GUI and the mouse. Today, Apple is the No. 1 brand in the world.

Xerox invented laser printing — a technology close to its birthright. Xerox should have owned the computer laser printer market. They blinked (or closed their eyes), and allowed HP to step in and own the market. In 1984, HP introduced the Laser Jet at $3,500 and sold 10,000 units in three months. Today, more copies are made from laser printers than from Xerox’s photocopying machines.

So what should Xerox do?

Earlier this year, Xerox made a major strategy reversal. It has agreed to spin off its business process outsourcing division by the end of this year. This division does not align with the document technology (think photocopy machines) side of the business.

The business process outsourcing division will be rebranded as Conduent and will be a separate company trading on the New York Stock Exchange. This will sever it from its legacy photocopy machine side.

That is a smart business strategy. Instead of trying to stretch the Xerox brand to stand for something beyond copiers, it should launch new brands — in this case as a spinoff.

The remainder of the company will be retain the Xerox name and focus on document technology. This narrowed focus is what Xerox is known for in the minds of its prospects and customers.

The most fundamental work of an organization’s leadership is to communicate clearly its difference — its position, the idea it owns — in the minds of its customers to all its stakeholders. Xerox appears finally to be putting its focus where it must be to drive future growth. There is much to learn from Xerox and brand failures.